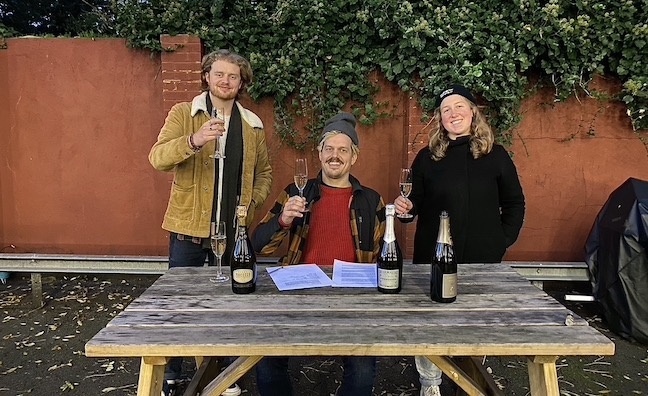 The Holland born, London-based creative splits his time releasing and touring his own music as well as playing as a touring musician with Bear's Den.

His debut album Empty Handed (2018) arrived shortly after supporting Bon Iver at the Hammersmith Apollo and ahead of joining Joan As Police Woman, Nick Mulvey, Lisa Hannigan, Talos, Willy Mason, S.Carey and Mikaela Davis as main support on selected UK and EU dates in 2018. He released his second album, You Were the Place (released via Planet Zog Records) on September 6 2019 and his Reworks EP last month (distributed via Kartel Music Group).

The deal includes Christof Van Der Ven’s entire back catalogue, including Empty Handed, You Were the Place, and Reworks.

Speaking about the signing, Nigel Elderton, president, Europe & managing director, Peermusic UK, said: “We welcome the very talented Christof to our peermusic roster and look forward to working with him and his team to take his career to the next level and beyond.”

“Christof is a fantastic talent, and exactly the kind of special artist we look to bring through at peermusic. His current catalogue is a standout body of work, and we’re incredibly excited to be a part of Christof’s career as an artist and songwriter,” added Dylan Myerscough-Harris, A&R manager at Peermusic UK.

An official press release stated that Van Der Ven is currently working on an EP with Jolé that is expected to release in March 2021.

“I’m so very pleased to have signed my first publishing deal with the one and only peermusic. With global knowledge, expertise and support, I'm looking forward to taking the next step in my music career as a songwriter and live performer alongside the talented artists and songwriters on their roster,” said Christof Van Der Ven.

“We're thrilled to have Christof working with peermusic. As a globally-minded, independent songwriter, it's great to have Christof's next steps supported with the like-minded, passionate publishing team at peermusic. We're excited for what's to come and for all the great songs ahead,” added Rowan Brand, Tribe Management.

The acquisition was spearheaded by Peermusic deputy CEO Mary Megan Peer and will combine the staff and services of all four companies. It followed originating discussions between CEO/chair Ralph Peer II and All Right Music’s Christophe Piot.