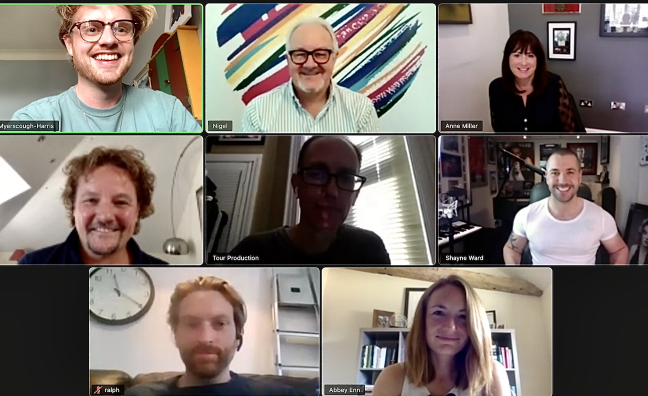 Nigel Elderton, president, Europe & managing director and Luc Floreani, creative manager broke the news of a deal that will see Peermusic administer Ward’s entire back catalogue and future work. The company will also help out with A&R for Ward’s new material.

Luc Floreani said: “Shayne is a tremendous songwriter and we’re delighted to bring him to Peermusic. His enthusiasm for songwriting is infectious. We’re excited to have the opportunity to support such a great talent and look forward to working with him.”

Shayne is a tremendous songwriter

Nigel Elderton  added: “I would like to welcome Shayne to the Peermusic roster. He has already been a highly successful artist/writer and actor and we look forward to helping him focus on his great love of songwriting. This is an important signing for Luc and our creative team.”

Shayne Ward said: “This is a huge moment in my career. Signing with Peermusic has not only provided me with the freedom to create for myself, but for other artists as well. I’m so excited to be a part of the Peermusic family and to be working with such an amazing team of people all over the world.”

This is a huge moment in my career

Ward recently record a version of Over The Rainbow, donating proceeds to the NHS Charities Together scheme. He is currently working on new music.