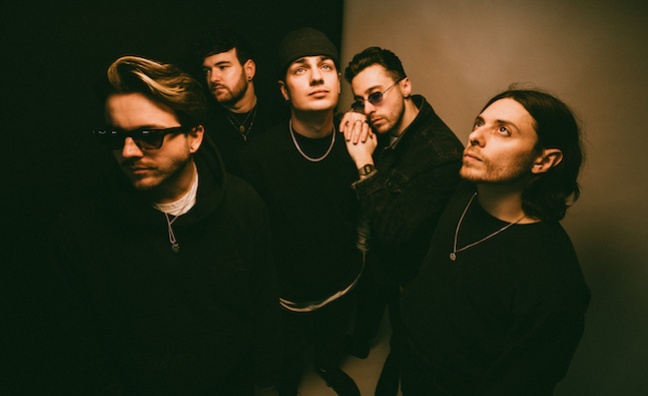 Sentric Music Group has signed British rock band Boston Manor to a publishing deal that includes their back catalogue and a number of future works.

Formed in Blackpool in 2013, Boston Manor self-released their first EP, Here/Now. In 2014, they signed with Failure By Design Records for their second EP, Driftwood.

In 2021, Boston Manor signed with Sharptone Records, releasing the Desperate Times, Desperate Pleasures EP and embarking on their biggest global live activity to date, including a sold-out UK headline tour in February 2022.

Stuart Gili-Ross from Raw Power Management said: “We are delighted to announce this partnership with Sentric. With each record that Boston Manor creates, the band continue to evolve and push the boundaries of British rock music, never opting to simply play it safe. Joining forces with a forward-thinking publisher like Sentric, who understand the creative process and are engaged with the artists, feels like the perfect fit for all involved.”

Simon Pursehouse, global director of music services at Sentric, said: “We’ve been working with Boston Manor since 2014 and have been fans in the office since day one. It’s been an utter joy to watch them mature as songwriters and grow as performers. The most exciting thing is the fact that there’s still so much more to come. Their upcoming material is undeniable and I’m outrageously chuffed to be solidifying our relationship with them, taking it to the next level. Boston Manor are, quite simply, as we say here in Liverpool, ‘boss’.”

Boston Manor have more than 400,000 followers on Spotify, with their most popular track on the platform, Halo, having garnered more than 15 million plays.

Part of Utopia Music, Sentric Music Group is an independent publisher. Based in Liverpool, with offices in London, Hamburg and New York, it represents more than 3.8 million works and over 400,000 songwriters either directly or via industry partners.