Raw Power's Craig Jennings on Bring Me The Horizon's digital-first No.1 rock campaign 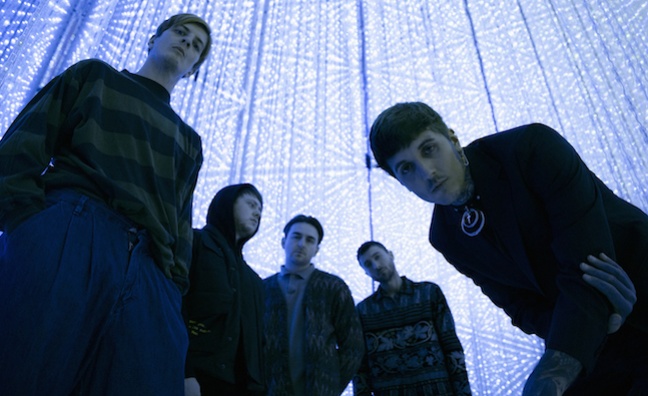 Bring Me The Horizon have made chart history with their No.1 entry for Post Human: Survival Horror (RCA).

According to the latest Music Week analysis, it’s the first time a record has re-entered the albums chart Top 100 at No.1 in three decades. The nine-track EP edged out Bicep to become the week’s biggest release with 14,904 sales (13,728 physical, 266 downloads and 910 from streams).

Three months ago during the busy Q4 period, the EP was released digitally and debuted at No.5 (9,054 sales, including 5,287 from streams and 3,767 from downloads). The band marked the release with a Music Week cover feature.

While the streaming-first strategy may have been born of necessity during a pandemic, it has now delivered Bring Me The Horizon two big weekly sales where most rock acts would be grateful for one (You Me At Six’s Suckapunch did just that, falling from No.1 to No.107 last Friday).

“I think two big weeks totally justifies the strategy around the staggered release,” said BMTH’s manager Craig Jennings, CEO of Raw Power Management. “We were targeting two Top 5 entries, so to have a No.5 (in a tough market period) and a No.1 exceeds expectations.”

Bring Me The Horizon have also proved that a digital-first campaign can work for a rock act, despite the challenges faced by the genre in the streaming environment. With the success of Post Human: Survival Horror, the band now have more than eight million monthly Spotify listeners.

“It means the world to the band to see this model work for a rock band in the modern era,” said Jennings “The guys wanted the music to come out as soon as possible after they had finished it, as it really felt like it reflected the times we’ve all been living in. With the lead times being as they are for physical product, we had no real choice but to stagger the digital/physical releases by three months.”

We have proven that we deserve to be sitting at the top table of British music, whatever the genre

With the loss of touring opportunities, Jennings acknowledged that Bring Me The Horizon needed to adapt to the pandemic for this release.

“I’d say the campaign has been influenced by the pandemic, for sure, as has some of the music,” he told Music Week. “We are living through strange times and the band certainly reflect that in songs such as Parasite Eve.

“The return of live music cannot come quickly enough, that’s for sure. I think the band’s arena tour at the end of September promises to be one of the live events of the year, we can’t wait to be back.”

Bring Me The Horizon recently confirmed that the current recording project has become more ambitious, which looks likely to fuel the band’s streaming growth further.

“New music is being worked on and will certainly be coming at some point this year,” said Jennings.

Post Human: Survival Horror has also seen the band embrace collaborations, an approach that previously boosted the Amo campaign on DSPs. Bring Me The Horizon teamed with Yungblud on Obey (No.37 peak, 69,534 sales), which was voted BBC Radio 1 and Annie Mac’s Hottest Record Of The Year in 2020. It’s the highest-charting single to date for Yungblud, who went on to secure a No.1 album in December.

“The Yungblud song did extremely well and it was also great to see the effect that the collaboration with Nova Twins had on their profile,” said Jennings. “I think the guys definitely enjoyed the collaborative nature of parts of the EP, and more collaborations can be expected at various points down the line. It is certainly great to see newer acts come through strongly after collaborating with the band.”

With successive No.1 entries in the albums chart, Jennings is also hopeful that the band can get another BRIT Awards nomination in the British Group category.

“I would love it if the band got a BRIT nod,” he said. “I think we have proven that we deserve to be sitting at the top table of British music, whatever the genre.”