AWAL and Prolifica talk You Me At Six's No.1 album 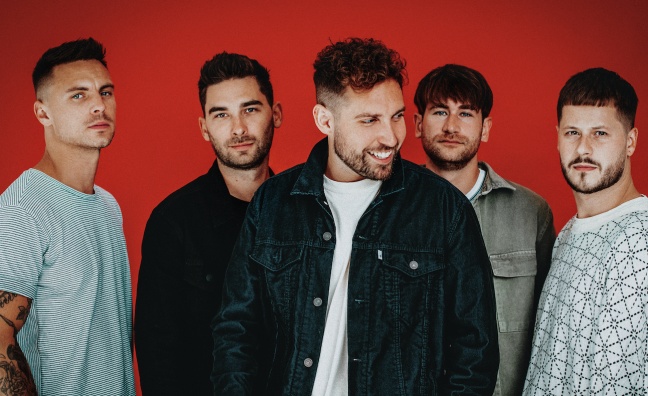 You Me At Six have scored the second No.1 album of their career with Suckapunch (AWAL).

The band’s seventh LP and sixth consecutive Top 10 record debuted at the summit with 14,297 sales (including 12,165 from physical sales), according to the Official Charts Company.

It’s a result that improves on the chart position and week one total for VI in 2018. That album peaked at No.6 with opening sales of 8,760.

Colin Schaverien, co-founder of the band’s management firm Prolifica, said: “It's a real testament to the quality of the record and the tenacity of the band, they’ve worked incredibly hard to get their second number one album.

“We had a very long detailed campaign with AWAL that was implemented superbly by a team of greatly talented people, who constantly adapted to an ever-changing landscape and delivered week on week across press, radio, online and digital. It is massively satisfying to achieve a No.1 album with a band that, given current circumstances, had none of the traditional promotional channels available to them.”

This success is very well deserved for a fantastic record

Suckapunch is the second album as part of the band’s partnership with AWAL.

Paul Hitchman, president, AWAL, said: “This success is very well deserved for a fantastic record. It has been a great team effort between You Me At Six and their management team, AWAL and the promo teams. We love working with such a creative and collaborative band, and the campaign has been a lot of fun.”

As revealed in the latest Music Week charts analysis, You Me At Six have now sold 721,528 albums in the UK. Their biggest seller to date is their third album, Sinners Never Sleep (Virgin), which has racked up 180,878 sales since release a decade ago.

Frontman Josh Franceschi acknowledged the loyal support for You Me At Six.

“A truly incredible moment for our band,” he said. “Our love for our fanbase, and their support, is endless. They have been the light at the end of a tunnel of a pretty rough time. The support of our loved ones, family, partners, friends. Everyone who worked on this record. Dan Austin and the rest of our studio family who worked relentlessly to make this with us. Finally, I guess a thank you to those who caused us pain, or wrote us off. You’ve been the driving force. Our second number one almost seven years later is just madness. Sixers for life."