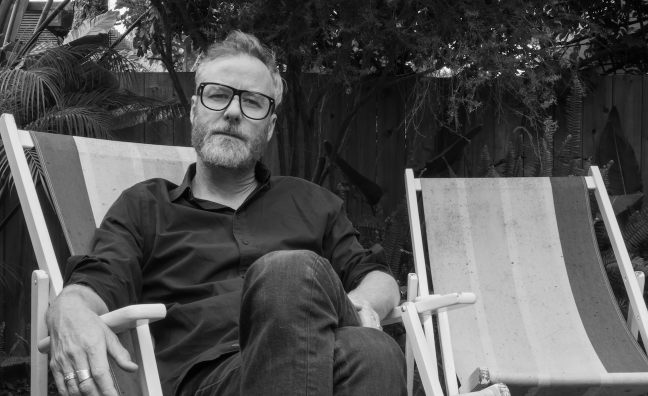 The deal covers Berninger’s solo work and projects outside The National. Berninger recently released a new single, Distant Axis, and his debut solo album Serpentine Prison is due on October 2 via Concord Records/Book Records. The album was produced by Booker T Jones.

Matt Berninger said: “Good songs have brought me more joy and comfort than any other thing. I feel lucky that I get to do this for a living, so I’m very very happy to start working with Tom DeSavia and everyone at Concord Music Publishing.”

Tom DeSavia, SVP of A&R/artist relations at Concord Music Publishing, said: "We are so honored to begin working with Matt Berninger at this point in his career, on the eve of the release of his first solo album, Serpentine Prison. Matt remains one of the most distinctive songwriters in contemporary popular music; subversively literary, unapologetically steeped in melodic tradition, yet unpredictable in his approach. We are all beyond thrilled that Matt has joined the Concord Music Publishing family."

Alongside The National, who are signed to 4AD and hit No.1 with Sleep Well Beast in 2017, Berninger is involved in a number of projects including El Vy. He is a co-founder of the non-profit organization,?7-inches for Planned Parenthood.

Berninger has collaborated with a range of artists including Andrew Bird, Jon Brion, Julien Baker and Phoebe Bridgers. Their Walking On A String single featured in Zach Galifiankis’ Netflix film Between Two Ferns: The Movie.