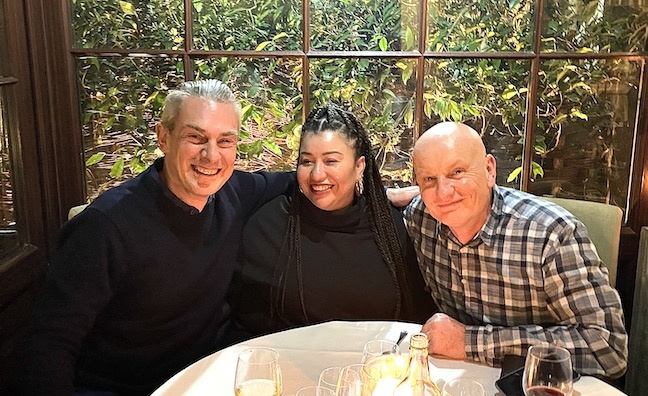 This new agreement will see Warner Chappell become Ultra’s sub-publisher in the UK and responsible for collecting the company’s digital income across the UK and the rest of Europe.

Ultra, which has a network of studios around the world, will also explore new collaborations and opportunities for its roster of writers and producers with those represented by Warner Chappell.

Among its extensive catalogue, which includes over 36,000 copyrights, are releases from Drake, Rihanna, Kanye West, Future, Kygo, Steve Aoki, Migos, Madonna, Sean Paul, Paul Woolford, Diplo, The Weeknd and David Guetta among many others.

Some of the biggest tracks on which Ultra has a share include OMI’s Cheerleader, Katy Perry’s Firework, Big Shaq’s Man’s Not Hot, James Arthur’s Say You Won’t Let Go, I Wish by Joel Corry ft. Mabel and Diplo’s Looking For Me.

Patrick Moxey, founder and CEO of Ultra Music Publishing, said: “I’m delighted to be joining forces with Guy Moot, Shani Gonzales and the team at Warner Chappell Music in the UK and Europe. This new alliance will open up a wealth of new opportunities for Ultra’s writers to collaborate across Warner Chappell Music’s amazing roster of talent and will allow us to access its state of the art collection systems and resources on behalf of all those we represent.”

Guy Moot, co-chairman and CEO of Warner Chappell Music, said: “Patrick and I have known each other for more than 30 years both as friends and business partners. There are few better at understanding where music is heading and what opportunities that’s opening up. So, I’m delighted that we’re getting to work together again as a result of this deal and I know that our collaboration will benefit writers on both our rosters.”

Shani Gonzales, head of international A&R and managing director of Warner Chappell Music UK, added: “I’ve been a fan of Ultra for years. Patrick has been behind wave after wave of new talent. I’m so excited that we’re going to be working together to unlock more commercial and creative benefits for our writers.”