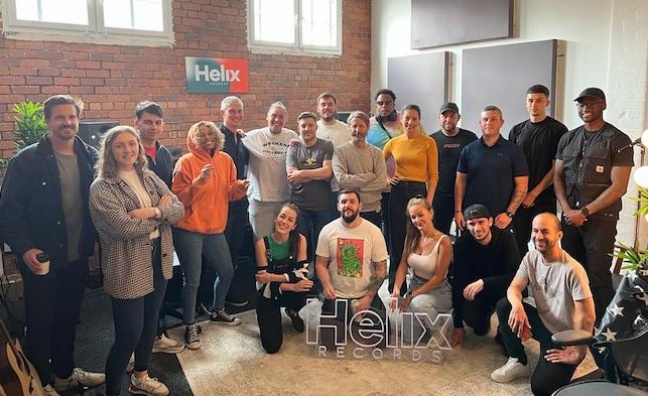 The new facilities will serve the songwriters and musicians Ultra represents, as well as those signed to its sister labels, Helix and Payday Records.

It will also serve as a hub for new talent discovery and development in the north of England, with the Ultra Music Publishing, Helix Records and Payday Records teams in London and Liverpool using the studios as an A&R resource.

Ultra Studios Liverpool is the latest in a global network which includes recording facilities in Los Angeles, London, Stockholm and Atlanta.

The new Liverpool studio is situated in the Camp & Furnace nightlife complex in the Baltic Arts district. It was launched with a week-long writing camp, attended by some of Ultra's songwriters and musicians, including Navos, Alex Mills, TS7 and Essel, among others.

Patrick Moxey, founder & CEO of Ultra Music Publishing, said: “Liverpool has always been home to a vibrant and groundbreaking club culture and has produced some of the world’s most influential songwriters and musicians. This makes it the perfect place for us to launch our first studio in the north of England, an area that is still under-served when it comes to facilities of this kind. We have already experienced an amazing vibe across the Liverpool music community who are excited to get involved with what we’re doing and we hope to tap into that creative energy and talent. Our recent writing camp, which helped launched the studio saw writers from across the UK come together was hugely successful and is something we will definitely repeat on a regular basis.”

In March this year, Ultra formed a strategic partnership with Warner Chappell, which saw Warner become Ultra’s sub-publisher in the UK, responsible for collecting the company’s digital income across the UK and the rest of Europe.