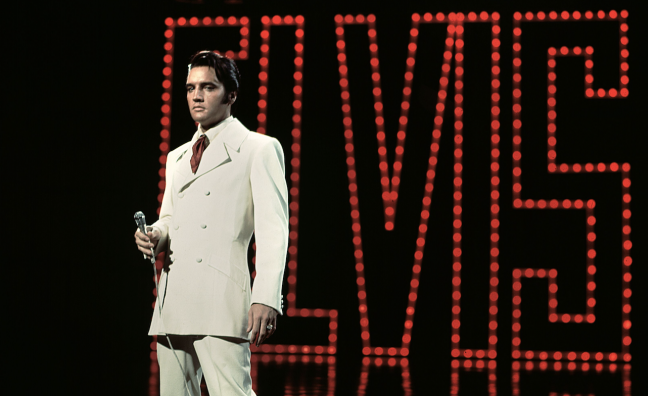 To date, Elvis Presley has sold more than 500 million records, and holds the record for most songs charting on the US Top 40 with 114 hits, including 40 within the top 10 and 18 reaching No.1. Presley also holds numerous records including the most RIAA certified Gold and Platinum albums, the most albums charted on the US Top 200, the most No.1 albums by a solo artist on the UK Albums Chart, and the most number-one singles by any act on the UK Singles Chart.

An official press release confirmed that, as part of the expanded relationship, UMPG and ABG will represent Presley’s catalogue of legendary hits "worldwide, excluding the UK."

Tracks include the likes of Can’t Help Falling in Love, It’s Now Or Never, Memories, A Little Less Conversation, Don’t Be Cruel, Jailhouse Rock, Love Me Tender, Viva Las Vegas, Teddy Bear, Amazing Grace, All Shook Up, Tears On My Pillow and more.

Speaking about the new agreement, Marc Cimino, chief operating officer at UMPG, said: “Elvis Presley has had an unprecedented and lasting global impact on music and pop culture. Jody Gerson and I, along with UMPG’s teams around the world, couldn’t be more excited and honored to work with ABG in making sure that Elvis’ iconic legacy endures for generations to come.”

Marc Rosen, president, entertainment at ABG, added: “2022 is shaping up to be a banner year for Elvis, highlighted by the highly-anticipated theatrical release this June of ‘Elvis’ directed by Baz Luhrmann, as well as the debut of Netflix’s upcoming animated action series ‘Agent King’. We are honored to work in partnership with UMPG as guardians of Elvis’ incomparable catalog, bringing his music and cultural influence to audiences around the world.”

Jody Gerson and I, along with UMPG’s teams around the world, couldn’t be more honored to work with ABG in making sure that Elvis’ iconic legacy endures for generations to come

An official UMPG press release stated: “With Presley’s catalogue now represented by UMPG and ABG, his music will continue to reach, captivate and inspire fans for generations to come.”

Baz Luhrmann's upcoming Elvis biopic is due for release on June 24.

In February, Universal Music Publishing Group signed a huge deal with Sting for his entire songwriting catalogue, including solo songs as well as those by The Police.