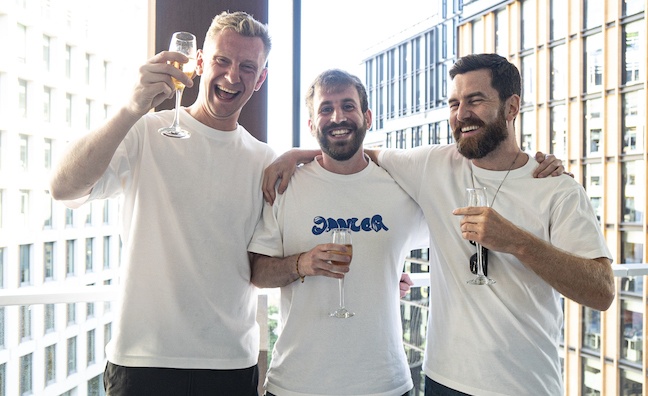 Isles (Ninja Tune) debuted at No.2 in the UK albums chart last year and has sales to date of 44,600 (Official Charts Company). The album also made the Top 3 in Ireland and Belgium, the Top 10 in Germany and Top 20 in Australia.

Pete Simmons, head of A&R, UMPG UK, said: “When I joined UMPG eight years ago, I would listen to everything on the Feel My Bicep blog in the search of something special. At the time, I had no idea the guys behind it would become that very thing I was looking for and watching their music grow into what it is today has been really something. Getting the chance to work alongside Andy, Matt and the crew at This Is Music means a lot to me and our UMPG team can’t wait to support their development here in the coming years.”

Bicep said: "We’re very excited to sign with UMPG and see it as a new chapter for our songwriting. Pete Simmons and Mike McCormack know our back catalogue inside out already, so it’s great to work with people who understand what we’ve done in the past and where we want to go in the future.”

Bicep’s songs have been well received in the sync community. Glue was featured in a major BMW TV ad that received over 4.6m views on YouTube. The song was also featured in the 2018 film Dogman, directed by Matteo Garrone. Additionally, Apricots was used in an ad for Cupra.

Bicep management company This Is Music, celebrating their 15th year, were recently recognised by the Music Managers’ Forum who awarded them the Innovation Award at the AMAs.