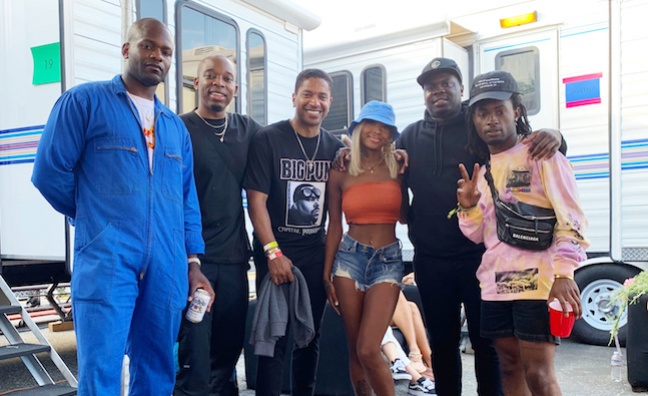 Warner Chappell Music co-chair and CEO, Guy Moot, and co-chair and COO, Carianne Marshall, said: “LVRN is made up of inspiring young visionaries who helped to put Summer Walker on the global stage. They’ve successfully built one of the most forward-looking and progressive music imprints out there and are exactly the type of entrepreneurs we’re looking to be in business with. Both of us, along with Ryan Press, Wallace and our whole team are excited to work with them to help even more artists, songwriters and producers reach their full potential.”

LVRN co-founder and president, Tunde Balogun, and co-founder and head of A&R, Justice Baiden, said: “Our main focus since the label’s founding has been the development of artists. We are now committing the same focus and approach with publishing to develop the best songwriters, producers, and artists. It’s pivotal to continue building with a talented team around you, which is what we found with Warner, and why this partnership is so important to actualize the next step which includes the ability for the label’s publishing arm to administer writers they publish on their own and to fully partner with WCM. Wallace Joseph, Ryan Press and Shani Gonzales have been close friends of ours for years, so we are thrilled to be in business with them in this new venture.”

Warner Chappell Music senior director of A&R, Wallace Joseph, added: “It’s great to be able to make our partnership with our friends at LVRN official. We’ve been working together for a while now and share a similar vision for helping to develop and shape songwriters’ careers at every stage of their journeys.”

In 2017, the label landed a distribution deal with Interscope Records and launched LVRN Studios, a creative recording space in Atlanta. Last November, LVRN released its holiday compilation album, Home for the Holidays, which features nine tracks from LVRN artists.

Atlanta rapper BRS Kash’s Throat Baby (Go Baby) has more than 194 million global streams. The song gained popularity on TikTok and landed him his first RIAA gold certification and a record deal with LVRN in August.

In the past week, LVRN's 6lack hit No.1 on Spotify and Apple with Calling My Phone featuring Lil Tjay, while Kash was No.1 on Urban Radio, and Young Rog's Bullshit featuring Summer Walker reached No.1 on SoundCloud.