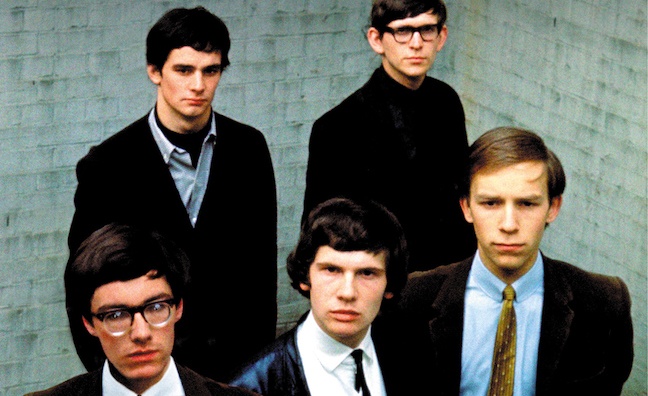 Wise Music Group has acquired the music publishing rights to classic songs by The Zombies.

Wise Music has acquired The Zombies’ songs as part of the purchase of the Marquis, Verulam and Mistletoe Melodies publishing companies from The Bocu Group.

Song titles covered by the deal include writer Rod Argent’s 1964 British and US hit She's Not There, as well as Tell Her No, Care Of Cell 44 and Time Of The Season from the 1968 album Odessey And Oracle. The latter was sampled by Eminem in his 2013 song Rhyme Or Reason.

The deal also contains The Zombies’ This Will Be Our Year, written by Chris White, which has been covered by The Beautiful South, Foo Fighters and Vanessa Paradis.

The move by Wise Music follows a series of big publishing paydays for the catalogues of Bob Dylan, Neil Young and Stevie Nicks.

Further song rights in this acquisition comprise titles from The Zombies’ singer Colin Blunstone’s solo albums, such as One Year, Ennismore and On The Air Tonight.

The Bocu Group MD Carole Broughton said: “I’m delighted to have concluded a deal with Wise Music. I know that the team there will do a great job and I look forward to being a part of the transition process with this family-owned company.”

Wise Music Group’s director of global rights development, Chris Butler, said: “It has been a pleasure working with Carole on this deal which continues our growth and development as one of the world’s leading independent music publishers. These are wonderful songs and we are thrilled to have added them to our global catalogue.”

As part of the deal, Wise Music has also acquired A Blossom Fell, written by Howard Barnes, Harold Cornelius and Dominic John in 1954. It was released by Nat King Cole and reached No 2 in the US charts. It was subsequently recorded by Patti Page, Tony Bennett and Diana Krall.

Terry Thompson’s A Shot of Rhythm and Blues is also included in the deal. The song was originally recorded by US soul singer Arthur Alexander, and then covered by The Beatles, Cilla Black, and many others.

The publishing rights also encompass titles by Duffy Power (I’m So Glad You’re Mine, Mary Open The Door and If I Get Lucky). He also wrote with Alexis Korner (Long Black Train).