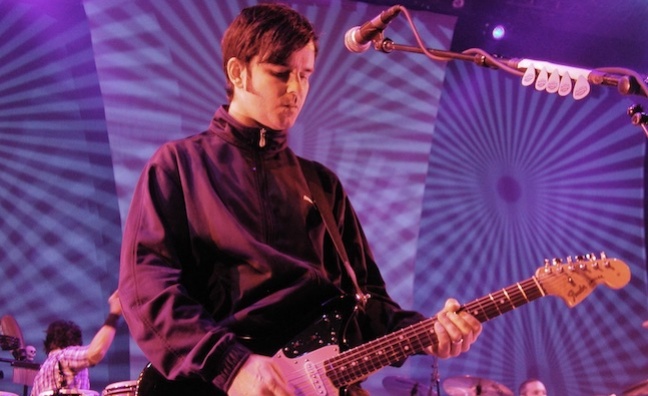 Greg Camp has signed two deals with Embassy Music Corporation, part of Wise Music Group. The first assigns Camp’s share of all Smash Mouth songs and the second is a co-publishing deal for all new compositions, co-writes and scores.

Major Smash Mouth songs include All Star, Walkin’ On The Sun and Then the Morning Comes. Camp has estimated worldwide record sales of 15 million, has had music placed in over 40 films, more than 2,600 episodic television shows, and 1,600-plus commercials. 2021 also marks twenty years since the blockbuster film Shrek, for which Smash Mouth scored nearly all the soundtrack.

Greg Camp said: “I am proud and honoured to be joining the Wise Music family. It is an absolute pleasure to be in the presence of its stellar team as well as its amazing roster which boasts some of my personal heroes: from Rod Argent of The Zombies to Riz Ortolani. I am looking forward to contributing and bringing new music to the table at Wise.”

Jeffrey Duncan, EVP of Wise Music USA, said: “It is with great enthusiasm that we welcome Greg Camp and his vivid musical vision to the Wise Music Group. As lead songwriter and guitarist for seminal alt-rock band Smash Mouth, Greg helped pen the soundtrack of a generation, creating a slew of evergreen hits. In addition to Greg’s share of the Smash Mouth catalogue, we are thrilled to represent all his subsequent copyrights along with his future writing and film scoring work.”

Union Musical Ediciones, part of Wise Music Group, has separately announce a global agreement to represent the catalogue of the legendary flamenco guitarist and composer Paco de Lucia (1947-2014), resulting from a deal with Río de la Miel Ediciones, SL, the publishing house of his estate.

Throughout his career, having reinvented flamenco, De Lucia drew a direct line to other genres, creating links with classical, latin and jazz music styles which remain today.

Click here to read about the evolution of Wise Music Group.