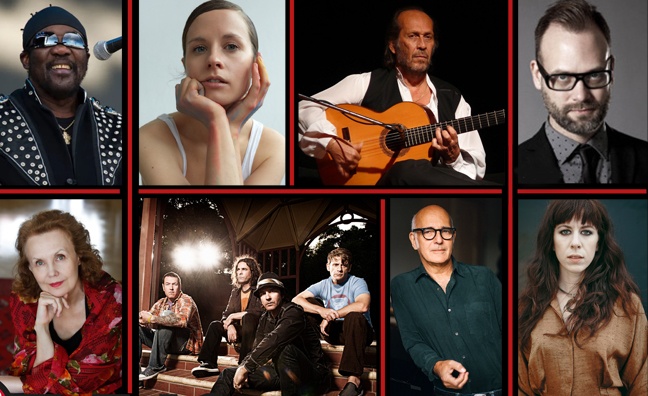 When it comes to understanding the fundamentals of music, starting out as a sheet music specialist is not a bad place to begin.

However, as the recent renaming of the Music Sales Group as Wise Music Group suggests, while the firm has constantly evolved, moving away from printed crotchet and semibreves, the experience of knowing what goes into every song and composition continues to underpin the independent publisher's outlook.

“Our chairman, Bob Wise, started the company, then known as Music Sales, in the early 1970s as a sheet music specialist. But at the same time that we were becoming the go-to sheet music people, Bob was buying an awful lot of music publishing catalogues, so much so that we are now one of the biggest independent publishers in the world,” explains Wise Music Group CEO, Dave Holley.

“The winds of change in the global sheet music business – which is going through its own digital revolution – meant that it made sense to sell that business, which we did in 2018, and concentrate on music publishing. To mark that significant change and signal our new focus, we decided to rename as Wise Music Group, after the family who own and run the business. We have ploughed the proceeds of the sale of the sheet music business back into the group and are always actively looking for interesting acquisitions and signings.”

The energy generated by this refocus is clearly apparent from Wise Music Group's signings over the last few years. Already one of the world's leading publishers for classical, with offices in the likes of Los Angeles, New York, London, Paris, Madrid, Berlin, Copenhagen, Tokyo and Sydney, in 2019 they re-signed their long-term writer Ludovico Einaudi, while in 2020 Wise Music Group sealed an exclusive agreement with another genre-defining composer in the form of Ólafur Arnalds.

This year, meanwhile, British duo The Daydream Club and Polish composer Hania Rani have followed the likes of Joby Talbot, Missy Mazzoli, Anna Thorvaldsdottir and Kaija Saariaho, as well as Rufus Wainwright, The National's Bryce Dessner and John Paul Jones of Led Zeppelin (for classical rights) and made Wise Music their publishing home. 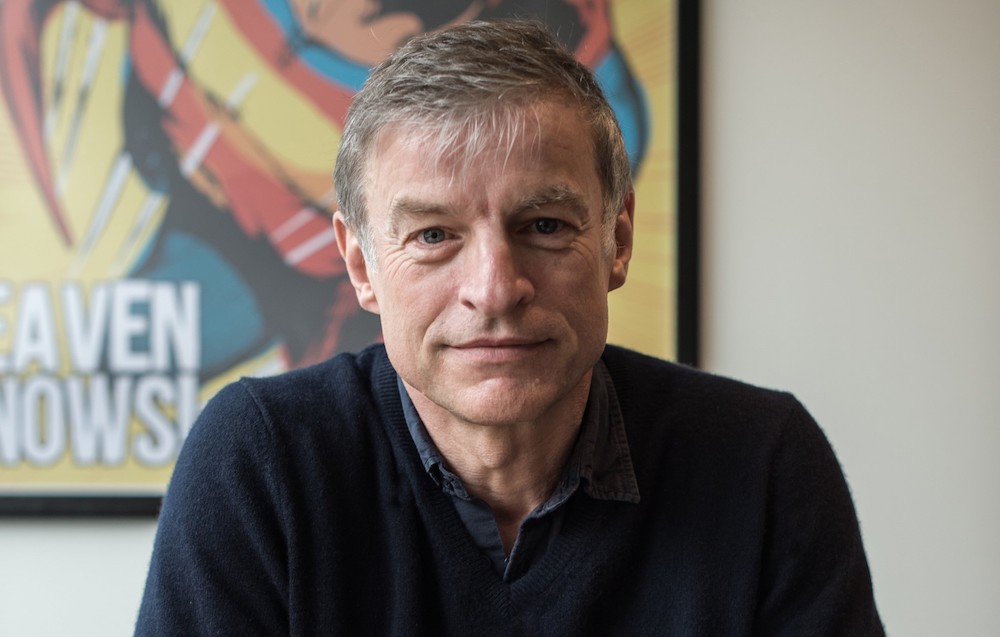 “We've built up a roster of classical composers which is second to none and we are probably the most active publisher in this area,” claims Holley with understandable pride. “We are one of the few full-service publishers, while we are particularly strong at securing commissions of new classical pieces from the major concert halls, festivals and venues and getting our writers' works performed in opera houses and choreographed by dance companies. We also continue to have a very active hire library for renting scores to orchestras and other performers.”

Yet these are not the only classics the publisher has a keen interest in.

“The two areas that we have traditionally been involved with are classical music – from Igor Stravinsky, via Benjamin Britten through to the Russian masters like Dmitri Shostakovich – and classic songs: evergreen pop, rock, soul, jazz and reggae,” explains Holley. “We like to think that we are pretty good at working this music and we are very interested in buying more of it.”

Underscoring this vision, at the start of 2021 the firm acquired the catalogue of rock'n'roll innovators The Zombies following a deal with The Bocu Group.

“We're delighted to be working with these songs. They are right in our sweet spot and just the sort of catalogue that we are always looking for,” says Holley, adding that they have already managed to find some very contemporary homes for these timeless works.

“Our sync teams around the world are very excited and see lots of opportunities. As you saw with the use of Time Of The Season with the Chelsea football team ad that accompanied them winning the Champions League, those songs have such power.”

This bespoke approach, combined with a carefully curated roster, clearly stems from the firm's extensive experience, something that Holley suggests is becoming more cherished by composers and artists in the face of recent City-led, cash-splashing investment in the publishing sector.

“Is there still a place for a publisher developing artists, working catalogues and focusing on the art of publishing itself? Absolutely! Perhaps more than ever,” argues Wise Music Group's CEO.

“It feels like we are the last of the truly independent publishers. We are family owned and can take a long-term view of a writer's career, whereas the majors and the smaller companies owned by funds have reporting pressures that require them to concentrate on short-term financial results.

"I worked at majors for a couple of decades. Our world view at Wise Music Group is very different. We are also careful not to take on too many writers so that we can give them the sort of service they need and deserve. We have active promotion teams in all our global offices working on developing the careers of our rosters.” 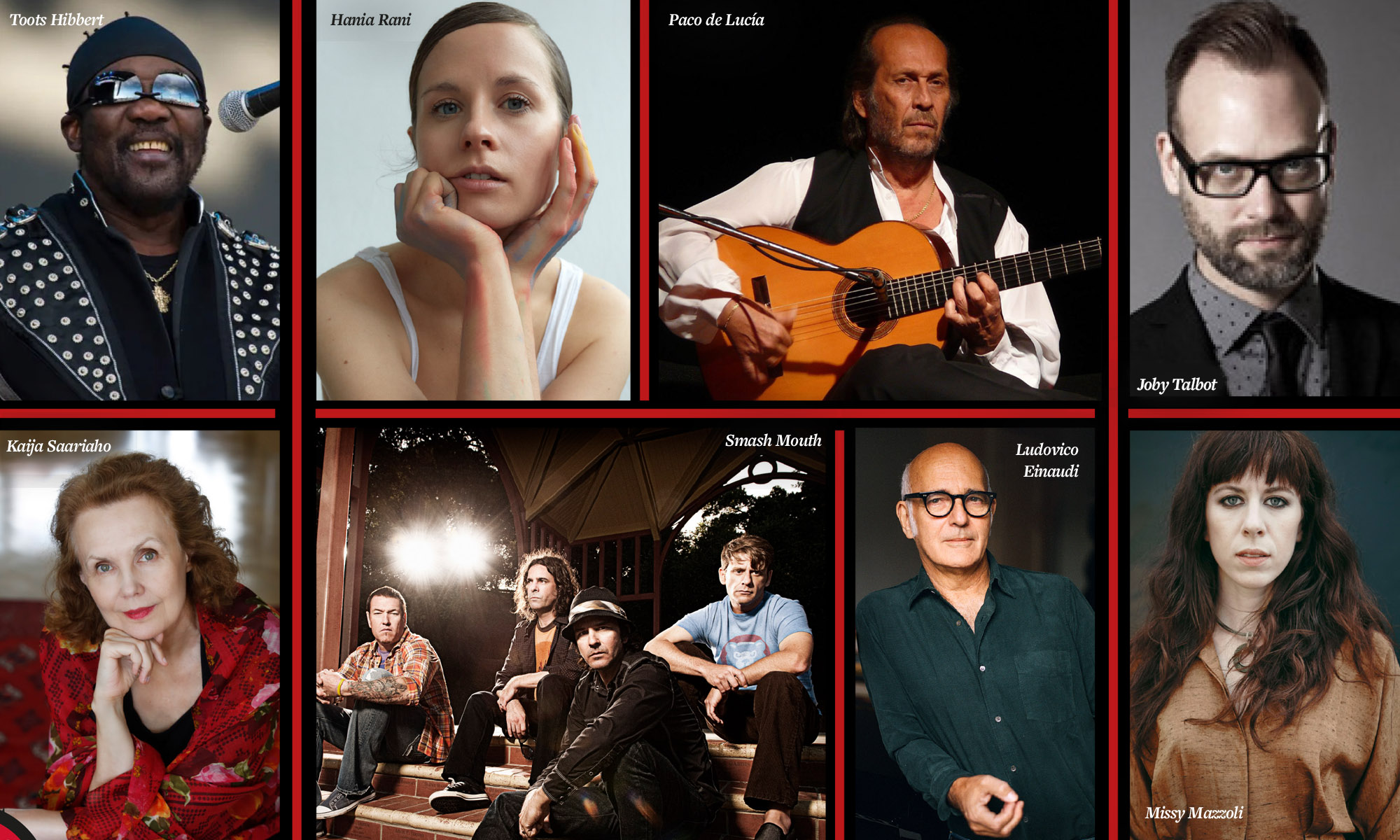 Having picked up six Grammys this year, a true spectrum of wins that included awards for Michael Tilson Thomas, Hildur Guðnadóttir and Toots & The Maytals, Wise Music Group is on an exciting streak right now. It also recently promoted Wiebke Busch to MD, UK rights companies, succeeding James Rushton who retired following a career with the group spanning over 40 years.

While the company's origins can be traced back to the businesses founded by the Wise family in the 1930s, it is as hungry for innovation as the freshest start-up.

Holley also expects significant new opportunities to emerge for their artists with the ending of pandemic restrictions and the latest technological developments.

“We can't wait for the concert halls to fill again. Not only will that benefit our core classical writers but also writer-performers such as Einaudi, Ólafur Arnalds and The Zombies, who are itching to share their wonderful music with their fans,” explains the exec, who adds that he believes classical music is on the verge of cracking the streaming nut.

“It has been behind the curve when it comes to streaming. It has some particular problems around metadata which makes it a little more difficult to access – who do you put as the artist, for example? The composer, the orchestra, the main performer or conductor? Despite that, we've seen a massive surge in the last two or three years and the growth is accelerating at a rate of knots,” Holley notes.

“There's also been a marked upward turn in the livestreaming of classical concerts and other kinds of performances because of the restrictions of the last year and a half. And throughout this period, we've continued to secure a record-breaking number of new projects and commissions. Combine this with a resurgent live sector and the picture looks very healthy.”

Sheet music might no longer be at its core, but the Wise Music Group continues to score big. 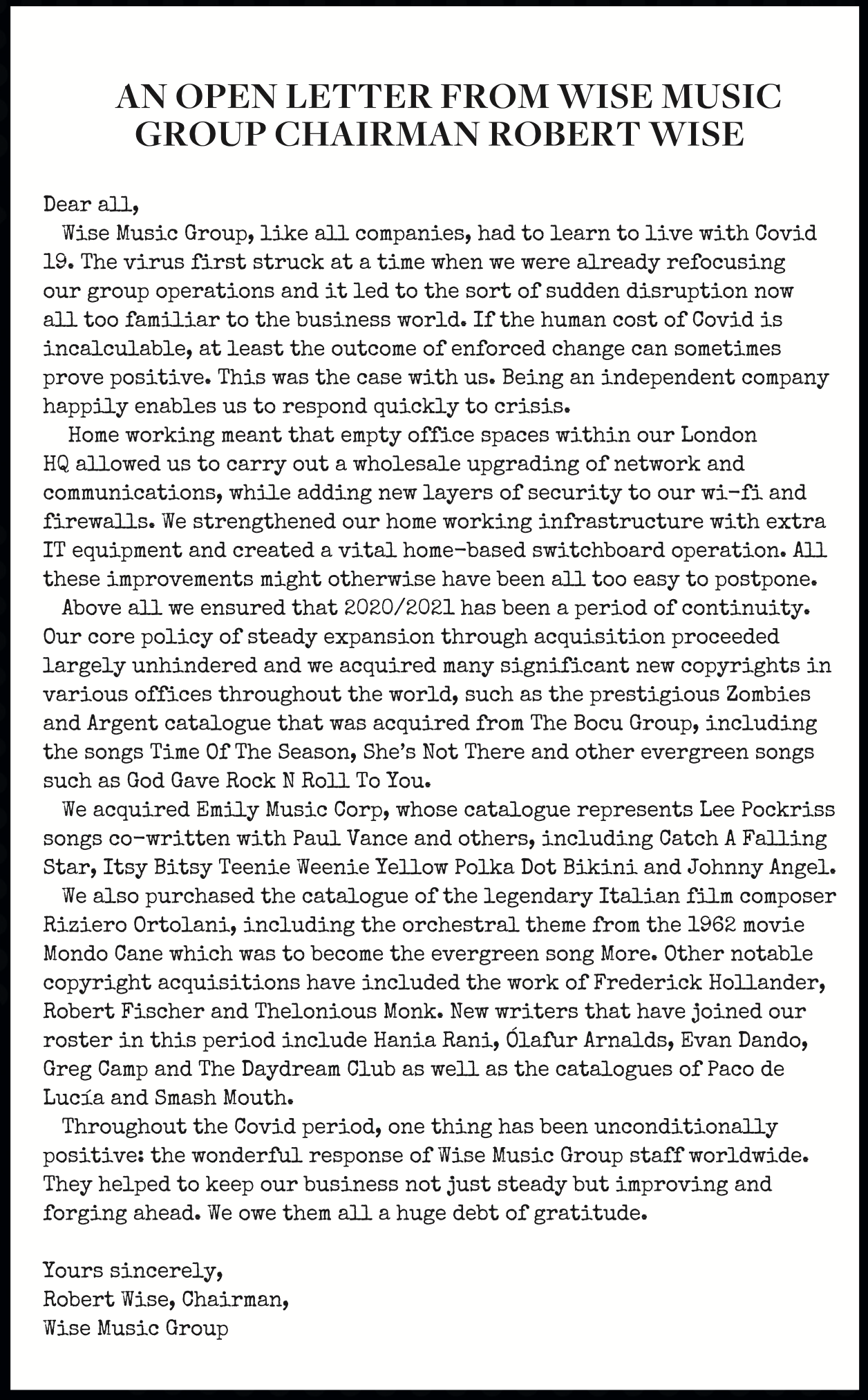