On The Radar: Josie Man 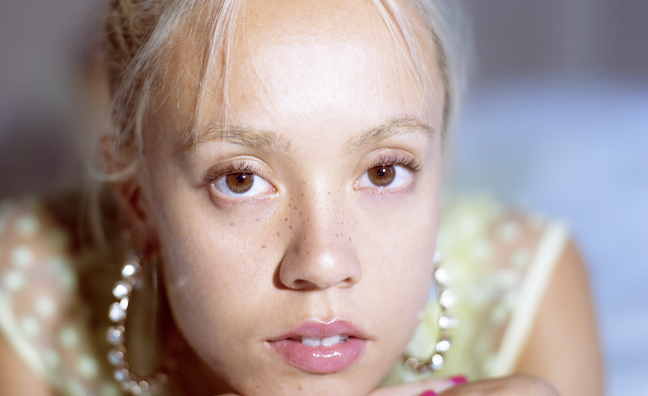 For someone who is crawling through London’s traffic on the day the government imposes new coronavirus restrictions in the UK, Josie Man is remarkably chipper.

“Oh sorry! There’s an ambulance…” she says, as the screech of a siren cuts through our chat. A second later, the Blackwall Tunnel engulfs her mobile signal.

“Hello!” she says, laughing as we’re reconnected. We haven’t got anywhere near the nitty gritty of the 21-year-old’s mission to make the world a happier place with her whooshing, neon-hued take on alternative pop, and already our conversation is a joy.

“I’ve always been a very odd child,” says Man, who’s based in South East London, where she has a studio in a shed at the end of her garden. “I’m a Pisces, they say they live in their own world and I literally do. My brain feels like it doesn’t work in the same way.”

Man wrote the excellent Colours, lead track on her debut ALovingBooThang EP, about acceptance, and continues to explore the innermost reaches of her brain in her songs. As a child, she would hear one side of the family speaking Cantonese, and began communicating with her dad, who’s from San Tin in Hong Kong, in a language of her own invention. “I thought I was speaking Chinese, but I was making up noises that I’d heard,” she says. “My dad said he understood, but he definitely didn’t!”

I want to make people forget sad things and be happy

All of this chimes with the natural, DIY feel of Man’s music. New single Grow (“It’s about how, without going through hard things, you don’t grow as a person”) could be her best yet, the undiluted sound of a new artist delighting in self-expression. And Man really does sound giddy to be making music – she’s been writing songs seriously for just over a year, signing with Columbia after her earliest recordings prompted a flurry of interest.

But while she rubbishes the idea of ever being a big shot (“No way!”) Man is acclimatising to a life in music. She talks passionately about songwriting – she likes to work under the glow of fairy lights and favours a notepad over her phone – and felt the effects of lockdown on her blossoming career.

“It’s so weird, I was going to start doing live shows and that all completely went away,” she says. “I tried to do some online sessions and they absolutely did not work. I need to be with people and communicate properly, when you’re doing it through a screen it’s really difficult, so there was no point.”

Followers of Man’s Instagram are well used to her videos, which flit between chatty updates, motivational posts, book recommendations and plenty of singing and dancing. Fan interaction has become more important against 2020’s unstable backdrop, and Man’s vision for her music is clearer than ever.

“Releasing in lockdown is weird, you feel like you’re not talking to anyone because there’s no human contact,” she says. “But when people say the music has really helped them, that makes me so happy. That’s literally all I want for my music, to make people forget about sad things and be happy.”

Man wants to cut through the frivolous side of positive messaging online and make a difference, at the same time as discovering more and more about herself. It sounds like she’s taking flight.

“I’ve learned that I’m actually very strong,” she finishes. “The way I am as a person works for me and I never have to change that.”