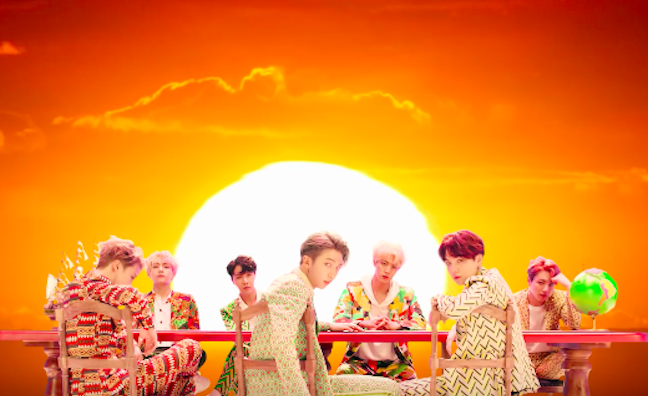 Big Hit Entertainment made its debut on the Korean stock exchange overnight (October 15) and saw its share price soar.

The agency behind BTS was initially offered for 135,000 South Korean Won (KRW) (£91) a share, but they began trading at KRW270,000 (£181). That gives the firm a valuation of around KRW9.6 trillion (£6.4 billion) as the music IPO frenzy continues. Warner Music and Spotify have also had successful floats in recent times.

According to reports, each member of BTS has been allocated 68,000 shares. Big Hit Entertainment reportedly earns around 90% of its revenues from the band.

The IPO has proved popular with both financial institutions and fans alike and was livestreamed on YouTube.

In other BTS news, it has been reported in Korea that the band may be allowed to defer their national service.

In August this year BTS set a new record for day one YouTube views with their new single Dynamite.