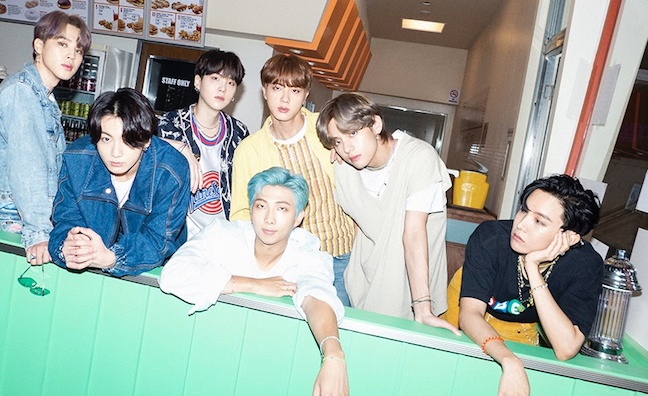 IFPI has launched the Global Album All Format Chart alongside its existing awards.

The recorded music industry trade body announced the first ever winner for the award, following a countdown of the Top 10 biggest albums globally.

BTS' fourth studio album broke records and topped charts all over the world after its release in February 2020. As well as unprecedented success in BTS’ home country of Korea, Map Of The Soul: 7 was No.1 in the world’s five largest music markets (USA, Japan, UK, Germany, France).

The album saw phenomenal physical sales across the world but was also a streaming hit – the YouTube premiere of the lead single On was the biggest in the platform’s history, attracting over 1.5 million viewers. The album also reached No.1 on the iTunes chart in over 90 countries.

Frances Moore, chief executive at IFPI, said: “We have introduced the Global Album All Format Chart to reflect the evolving landscape of the album format and to recognise how artists share their album projects in a variety of ways with their fans across multiple formats.

“It’s an honour to be able to hand BTS their second IFPI Global Chart Award, following their success as Global Recording Artists of the Year. Map Of The Soul: 7 broke chart records internationally and in Korea, and is yet another incredible body of work from a band that continues to delight music lovers globally.”

BTS have a second appearance on the chart with Be (Deluxe Edition) at No.4. The group have already been unveiled as IFPI's biggest global act of 2020.

The chart countdown also saw The Weeknd follow up victory in yesterday’s IFPI Global Digital Single chart with a No.2 for After Hours, his highest album chart finish ever. Billie Eilish’s When We All Fall Asleep, Where Do We Go? charted at No.3, even though it was released back in March 2019.

Harry Styles was the highest ranked UK artist at No.5 with Fine Line. Dua Lipa’s Future Nostalgia finished at No.10.