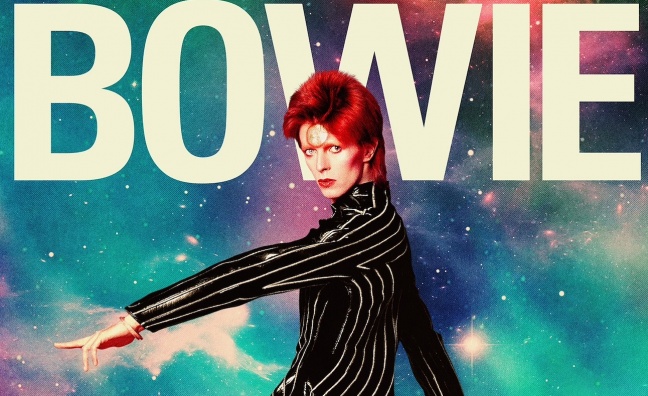 Even as we approach the seventh anniversary of David Bowie’s death, the music icon remains ever-present in contemporary culture. There have been multiple reissues, remixes, books, documentaries, radio broadcasts (from 6 Music to Radio 4), NFTs and pop-up shops, as well as commercial partnerships and adverts (ranging from Paco Rabanne and Peloton to Adobe and B&Q), plus a TikTok channel. The Bowie business is bigger than ever, especially following the huge catalogue deals with Warner Music Group's Recorded Music division and Warner Chappell.

If there’s no sign yet of Bowie fatigue, that’s perhaps because the late David Jones remains an endlessly fascinating artist. The quality of recent official releases, such as the lost Toy album and Brilliant Adventure box set, has been key to posthumously building brand Bowie.

The global cinema release of Moonage Daydream (co-produced by BMG and Live Nation) is the biggest cultural event for Bowie fans since the bittersweet Blackstar album, released days before his death in January 2016. Directed by Brett Morgen (2015’s Kurt Cobain: Montage Of Heck), it’s the first official film sanctioned by the estate. Given that two of Francis Whately’s BBC trilogy of films have been released in the last five years, there isn’t necessarily a huge demand for another documentary. Yet Morgen’s dazzling journey into the mind of Bowie - and his many personalities - breaks new ground with a form that suits its subject.

The loosely chronological, kaleidoscopic approach perhaps mirrors the cut–up method Bowie sometimes employed for lyrics. The film interweaves the life and work with footage from his films, including Merry Christmas Mr Lawrence and Labyrinth, and the Elephant Man stage play, as well as cinematic classics such as 2001: A Space Odyssey, The Red Shoes and A Clockwork Orange to heighten the impact of the songs.

For the music industry, Moonage Daydream feels like a potentially significant step in terms of cinematic opportunities. Morgen had access to the stems of original recordings - clearly a gift to longtime Bowie collaborator Tony Visconti, who served as the film’s music producer (a companion album is now available). This is a documentary to see in the cinema, particularly the first week of release from September 16 when it will be on IMAX screens. In the right setting, with IMAX 12.0 audio or Dolby Atmos, Moonage Daydream sounds fantastic: familiar songs are suddenly revitalised. Cracked Actor has an unruly swagger, while the further reaches of the catalogue also get their moments - DJ from the Lodger album is one example. Morgen makes surprising choices too, such as opening his film with the pulsating Pet Shop Boys remix of Hallo Spaceboy.

Refreshingly, there are none of the usual Bowie commentators - just Bowie himself through the ages. The archive–rich documentary is narrated in the artist’s own words based on interviews recorded across the decades. Forget the usual talking heads trying to recall the lyrics to Life On Mars? and Let’s Dance. Here, you get to spend more than two hours inside David Jones’ head. In fact, Moonage Daydream has more in common with the 2013 David Bowie Is V&A exhibition, which immersed visitors in the creative world (and ephemera) of the artist. Movingly, it’s a film in which the departed singer seems to come back to life through the thoughtful interview clips and his search for meaning in the endless universe (Bowie was a spiritual soul who took an interest in Buddhism even before his fame).

The film does cover the bulk of his career apart from some of the creative misfires in the 1980s and early ’90s (so no Tin Machine). The 1970s footage is particularly powerful: fans following the Ziggy Stardust tour really did treat this alien rock star as someone who could transform society as much as music. 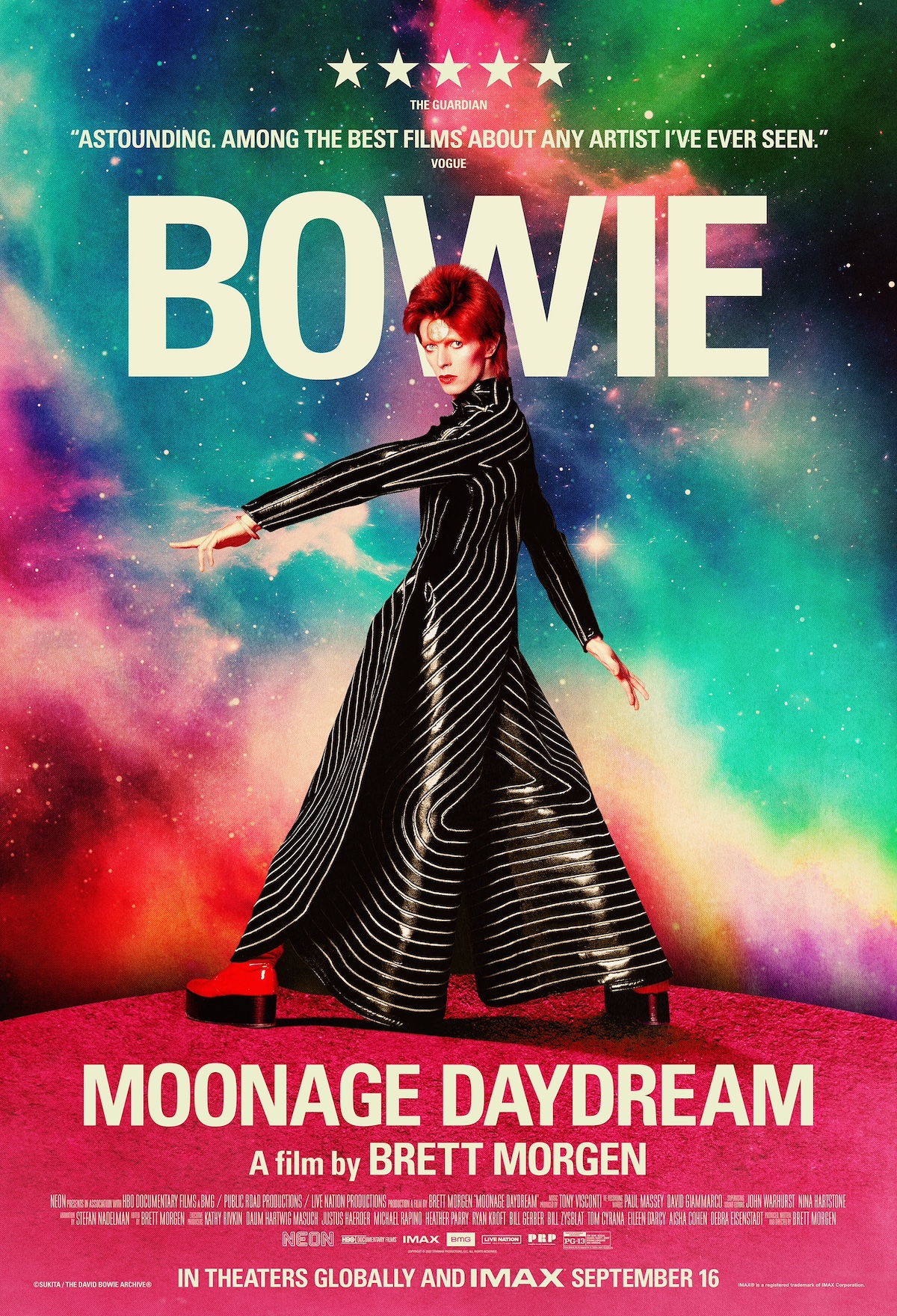 Despite its official status, Moonage Daydream doesn’t drift into hagiography. When Bowie goes off the boil in the 1980s, the documentary captures the artist’s increasing ambivalence after moving from RCA to EMI in 1983 in a deal reportedly worth $17.5 million. A brash 1987 Pepsi commercial with Tina Turner, included in the documentary, typifies this troubling era for Bowie fans. During footage of the overblown Glass Spider tour, you can see the doubt in his eyes as he helps usher in a new era of stadium rock (“there was no growth going on at all,” we hear him recall of this uncreative period). Although it’s a career phase lamented by fans, the ambitious staging did help pave the way for today’s expensive touring productions.

In contrast to most rock documentary filmmakers, Morgen is not interested in the sex and drugs of the ’70s, although Bowie’s skeletal frame during the Young Americans era in LA is still shocking (the full account can be found in Dylan Jones’ pretty racy oral history of the artist).

Moonage Daydream doesn’t dwell on the later years and the outpouring of grief in 2016, preferring to focus on Bowie in his pomp. The many moments of Bowie painting (and usually smoking) in his studio hint at his creative hinterland, while the international locations sometimes make this feel like a rock star travelogue. The footage shot for the Blackstar campaign and images taken near the end of his life are deployed sensitively.

The intelligent editing of the vast amount of material to which Morgen had access makes for an enthralling and emotional cinematic experience. As you leave the cinema and the 50-year-old single Starman plays out over the credits, David Bowie’s songwriting catalogue feels more vital than ever.

Moonage Daydream is out now and distributed by Universal Pictures UK.

Subscribers can read our full feature on Moonage Daydream here including an interview with director Brett Morgen. Our interview with Bowie’s publicist Alan Edwards is here.

Click here for our extensive Q&A with Warner Chappell CEO and co-chair Guy Moot, the publisher of David Bowie. And click here for BMG’s Fred Casimir on the documentary.