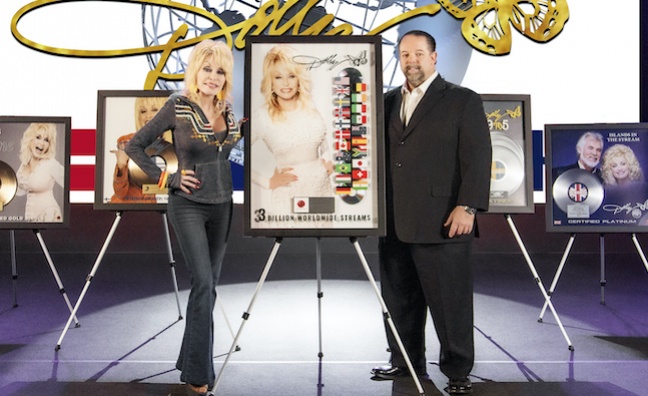 Catalogue is playing an even more important role in the streaming economy in both the UK and US.

Dolly Parton is one of the latest music icons to build her presence on DSPs. The country music legend has now passed three billion streams globally.

Dolly Parton has more than 15 million monthly listeners on Spotify, where her most streamed tracks include Jolene (370m streams), 9 To 5 (347m) and Islands In The Stream (214m).

The streaming milestone was revealed as Dolly Parton was presented with 47 new and recent sales certifications from around the world. Already awarded a plaque from the RIAA in 2014 for over 100 million units sold worldwide, these new honours show continued engagement in her extensive catalogue.

If Parton does ever join other legends in selling her catalogue, this latest round of sales certifications could help boost the market value.

“I’ve often said that my songs are like my children, and I expect them to support me later in my life,” said Parton. “Well, it looks like they are doing just that! I am so humbled to have been surprised with this incredible collection of certifications from around the world. I owe a big thank you to my fans, old and new, who continue to be there for me year after year. This is a wonderful way to kick off 2022!”

The new awards presented cover certifications from the UK (including double-platinum certification for 9 To 5), the United States, Canada, Australia, Denmark, Norway, Finland and Sweden.

"I'm so proud to represent the hottest entertainer in the business,” said Danny Nozell, Parton’s longtime manager (pictured with Parton). “These international awards solidify the fact that Dolly is a global superstar icon that still keeps growing every year. Just when you thought her assets couldn't get any bigger, she proves us wrong again!"