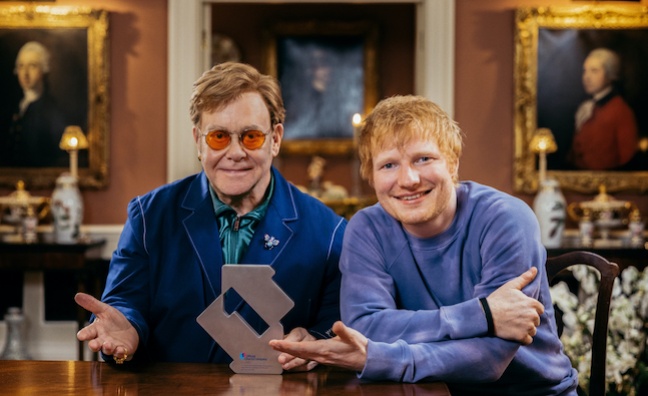 Ed Sheeran and Elton John have debuted at No.1 with their new collaboration, Merry Christmas.

The song registered 76,708 chart sales in its first week, including 22,156 pure sales (physical, and digital downloads) and 7.6 million streams.

Merry Christmas also earned the biggest week of CD single sales of the year so far, with 8,101 copies sold over the last seven days. CDs have been enjoying a sales boom in Q4.

Merry Christmas marks Ed Sheeran’s third No. 1 single of 2021, and 12th in total, as well as Elton John’s second of this year – following Cold Heart (PNAU Remix) with Dua Lipa – and ninth in total.

Wham!’s Last Christmas was the most streamed track of the week (10,165,846 combined audio and video streams) followed by Mariah Carey’s All I Want For Christmas Is You (10,101,471). Both festive favourites are in the running to repeat last year’s No.1 success.

ACR rules on catalogue mean that both tracks have to stream double the amount of new releases in order to register the same amount of sales.

Without the Official Charts Company’s singles chart rules on ACR, Merry Christmas would be No.3 this week, trailing Last Christmas and All I Want For Christmas Is You.