Harry Styles on course to debut at No.1 with As It Was 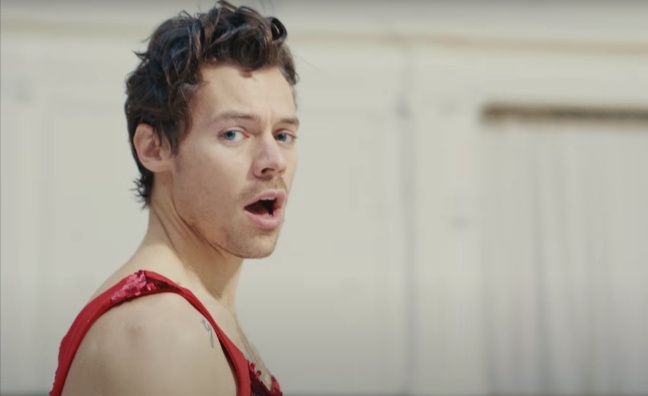 Harry Styles’ return with new single As It Was is all going to plan.

As well as breaking a Spotify one-day record, the former One Direction member is set to debut at the summit in the UK with As It Was (Columbia Records). According to early sales and streaming data from the Official Charts Company for the First Look chart, Harry Styles is on course to replace Dave’s Starlight at No.1 with more than double the consumption at this stage.

If it does maintain its lead until Friday (April 8), As It Was would become Harry Styles’ second UK No.1. He last reached the summit in 2017 with debut solo single Sign Of The Times.

Spotify announced that As It Was became the most streamed song in the US in a single day in Spotify history with 8.3 million streams. The record was previously held by Olivia Rodrigo’s Drivers License with eight million one-day streams.

Spotify also confirmed that As It Was became the most streamed song globally in a single day in 2022 so far with 21.6m streams, a record previously held by Anitta’s Envolver with 8.6m streams in March. Styles has 34.2m monthly listeners on Spotify.

As It Was broke Apple Music streaming records too. It received the most first day worldwide streams of any Spatial Audio release on Apple Music since the immersive audio experience launched in June 2021. Additionally, the track broke the record as the highest streaming first-day release of 2022.

The new single from Harry Styles amassed more than two million streams in the UK on its day of release (April 1). The video is approaching 30 million views (as of April 3).

Like Watermelon Sugar, As It Was is a co-write with songwriters and producers Kid Harpoon (Thomas Hull) and Tyler Johnson, both trusted collaborators of Styles. Kid Harpoon and Styles are with UMPG for music publishing, while Hull is signed to Pulse Music.

The new single, combining ’80s-style synth-pop with driving indie-rock, has been widely praised by music critics as an indication of Styles’ sure touch and confidence as a returning solo artist.

Styles’ third solo album, Harry’s House, is released on May 20. It will be followed by touring including stadium dates.

The release of new music could boost 2019 sophomore album Fine Line, which has UK sales to date of 574,935.