How the posthumous Pop Smoke album 'immortalised' the US rapper 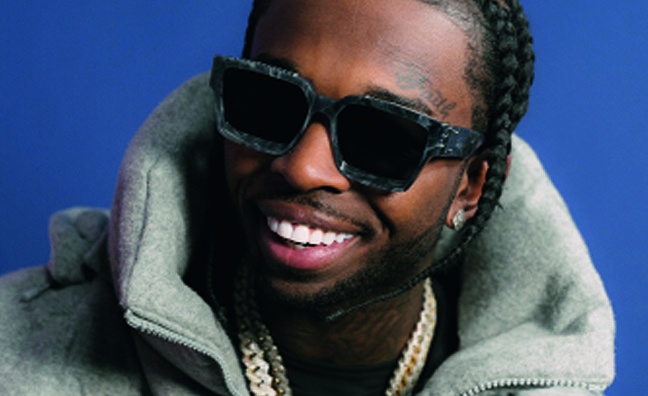 In the latest issue of Music Week, we speak to the team behind their seven No.1 albums so far this year – and the label could make it eight with Ellie Goulding this week.

While physical sales have been key to the success of records from Paul Weller, Haim, The 1975 and 5SOS, streaming powered the No.1 opening for Juice Wrld’s Legends Never Die (22,437 first week sales) and the No.2 for Pop Smoke’s Shoot For The Moon, Aim For The Stars (19,758 sales).

How did you achieve such an impressive streaming impact for the Pop Smoke album?

“We're so pleased to have delivered a huge result for Pop Smoke's family and legacy. We teamed up with Steven Victor on Pop Smoke from the very beginning and grew him in tandem with the US. New York and London were the first cities to embrace Pop – London was like his second home. He was already working with British producers and when we brought him into market he immersed himself in the scene. He made such a big impact in such a short space of time. So when the album dropped, absolutely everyone was behind it – from UK artists to radio to streaming partners to press – it was everywhere. That excitement, love and anticipation for the album is what drove it at streaming and that's why it was the biggest debut [based on chart position] for an international rap album since 50 Cent's Get Rich Or Die Tryin' in 2003. Pop Smoke was destined to be a rap superstar and this album has immortalised him.”

How do you run campaigns effectively and sensitively for artists the world has sadly lost?

“We wanted to take the Juice Wrld album all the way to No.1 and get him another Top 10 single alongside that. Juice had so much success before he passed away, both globally and here in the UK – he had built a phenomenal fanbase here. He had been into the UK on so many occasions since we began working on him in 2018 with Interscope. We launched his last album Death Race For Love right here in London – his whole US team flew into town for it and every headline show we put on sold out immediately. Juice was really an artist like no other, he was a star but also so humble and kind. It’s an honour to be part of his team.

“My goal is to do the best possible job in Juice’s memory and deliver great results. Running campaigns for artists who have passed away is about handling with extreme care – not only in our marketing and promotion but also when we're dealing with the team and management.”

Polydor has also had singles chart success with US artists DaBaby and Lil Mosey – how can you build on that?

“Both DaBaby and Lil Mosey have had a brilliant 12 months and the goal is to keep that momentum going once we're able to bring artists into market again. DaBaby has never even done a headline show here, so to have six weeks at No.1 with Rockstar was huge. Next for him has to be a UK tour and a big festival run.

“Off the back of his Top 10 with Blueberry Faygo, Lil Mosey is primed to have a huge 2021 over here as well. He's spent a lot of time in London and really throws himself in the mix - working with UK acts and producers, so I expect to see more of that from him, another project and I'd love to see him tear up Wireless 2021.

“We have a lot of very exciting international artists that we have the pleasure of working for the UK – DaBaby, Juice Wrld, Pop Smoke and Lil Mosey who have all dominated our charts this year. And we have many developing international acts that we plan to have the same successes with – Ryan Trey, Snoh Aalegra, Smoove’L, Baby Rose – to name just a few. We treat these acts like domestic repertoire and put in the work from the very start, working really closely with management and their team to deliver the very best results.”