"It brought me back to when things felt purest": Lana Del Rey on Chemtrails Over The Country Club 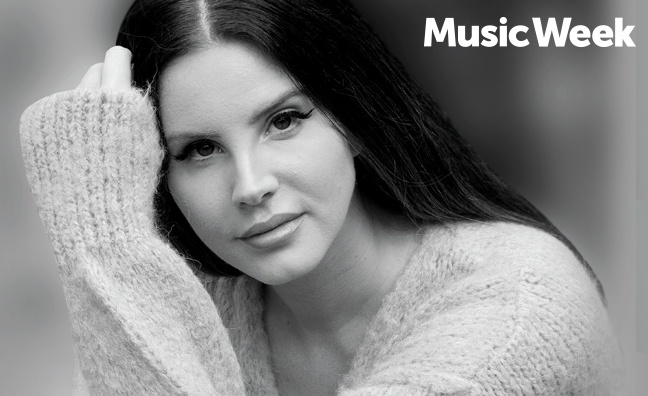 In the new edition of Music Week, Lana Del Rey and her team talk us through the making of her incredible new album Chemtrails Over The Country Club. Arriving hot on the heels of 2019’s acclaimed Norman Fucking Rockwell! and 2020’s Violet Bent Backwards Over The Grass poetry book and spoken-word LP, it is one of the most highly-anticipated records of the year.

Part of the discussion, of course, includes reuniting with super-producer Jack Antonoff, with Lana detailing how one of Chemtrails’ finest moments, White Dress, came about as a surprise when she heard him “noodling” around on the piano.

“I just stepped up to the microphone and started ad-libbing an entire song, which was only somewhat modified with layered vocals,” she recalls. “That only happens once in a while, and it also started off as kind of a joke [with] me not really knowing what I was saying or singing about. It just brings me back to that good ol’ fashioned feeling of getting lucky and being able to express myself without really having a second thought about needing to edit it. That’s what the sentiment is about, being brought back to a time when things felt the purest.”

“Jack’s technical skill is off the charts musically, his chords are fantastic if you’re ever stuck for inspiration,” she continued. “On top of everything, he’s just genuinely hilarious which is really important. We have each other laughing a lot.”

Also in the feature, Lana Del Rey, Tap Music’s Ben Mawson and Ed Millett and Polydor co-president Tom March look back at her career to date.

“Coming off Norman Fucking Rockwell!, she’s in the best place she’s been in almost from the beginning of her career,” Polydor’s Tom March told Music Week. It is a position, Lana stresses, that has been hard won.

“I know for myself [at the beginning of my career] it took years of walking into the same [kind of] labels I’m signed to now to have a chance to be understood as a person telling a story rather than a trend,” said Lana. “I fought very hard for that and I’m so glad I did. People may get caught up now and then in the fact that I have a strong look or presentation, but at the end of the day what’s important to me is the fact that I’ve been able to tell my life’s stories, dreams and encounters for over a decade, and that in itself is a triumph.”

Yet Lana’s career has largely been built on the richness of her catalogue, the power of her bodies of work.

“We don’t count on hits,” said Ben Mawson. “Whilst being a superstar, she’s not conforming to anything in terms of modern pop. She wasn’t even when she first came out. Video Games didn’t have any drums and it was a big global hit when, at the time, everything was – and still is – dominated by beats. She’s done her own sweet thing musically since the start and it connects.”

“It’s not that I don’t want to have a hit, it’s just that without meaning to, my journey has ended up playing out more like a long-term game,” Lana told Music Week, before outlining the things that have worked for her. “Long-playing records and lots of them! [With] spoken records in-between, and lots of other little interesting projects. I think an artist can have their finger on the pulse of culture without having big hits, but it might end up being something that isn’t metabolised in the form it was meant to be until a later time. At least that’s how I feel like it is for me mostly.”