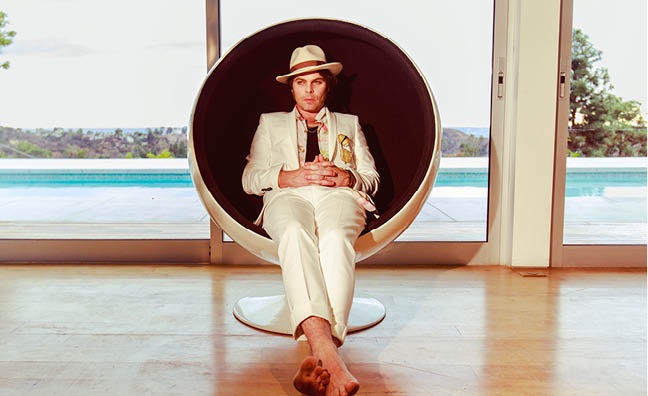 The former Supergrass frontman releases World’s Strongest Man - his second solo record in partnership with Caroline - today (May 4). The album, issued on the singer’s Hot Fruit label, was written, recorded and produced by Coombes at his home studio and at Oxford’s Courtyard Studios

Chancellor said that 2015 release Matador “really woke people up to who Gaz Coombes is, so this one just hammers home how utterly brilliant he is as an artist in his own right”.

The album, which has OCC sales to date of 33,662, was nominated for the Mercury Prize and Ivor Novello awards. It peaked at No.18 in February 2015.

“That last record was dragging him out of that thing of people thinking he’s the guy from Supergrass,” said Chancellor.

World’s Strongest Man has picked up strong reviews include four stars in both Q and Mojo.

Describing the new album as a “masterpiece”, Chancellor said it will be promoted with “a lot of touring.” Coombes kicks off a UK and Irish tour at The Garage, Glasgow on May 17 and plays London Palladium on May 23.

Chancellor noted that the campaign got off to a strong start with lead single Deep Pockets “getting hammered on 6 Music”.

“There’s more where that came from – it’s a fabulous record,” he added.