Jawsh 685 on how he grew to appreciate 'cringey' TikTok 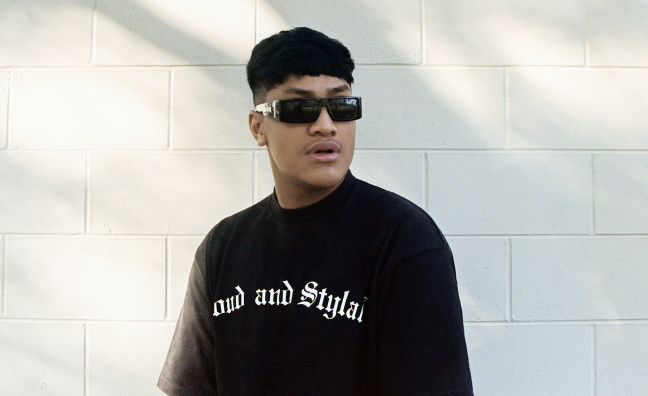 Jawsh 685 has spoken to Music Week about TikTok, confessing that he was far from an avid user of the platform that helped turn him into an international chart phenomenon.

Real name Joshua Nanai, the teenage producer is from South Auckland, New Zealand and is about to pass 400,000 UK sales for his former No.1 single Savage Love (Laxed – Siren Beat). The track has 236,095,841 Spotify plays.

Released in collaboration with Jason Derulo – who was one of several celebrities to dance to Nanai’s beat on TikTok – the song came out via RCA in the UK, as the Sony label capitalised on its viral success.

“I saw it on TikTok when it was at about 60,000 views, I started telling my brother that I was seeing the numbers go real quick,” Nanai told Music Week in our recent On The Radar interview.

“I wasn’t a big TikTok person, I only got the app a month or two before the song started popping,” he said. “I didn’t care about it, I thought TikTok was a sort of cringey app and I didn’t think too much of it, I got it and started watching random videos come up.”

However, Nanai soon came round to the app and appreciates its power in the music business, where it has also fired hits for Doja Cat, Regard S1mba and more.

“There’s heaps of music on there, it’s good because you’ve got a lot of people dancing on there,” he said. “It depends if the song is catching or not, you can get someone really big, or a random song that just blows up because everyone follows the tune. People follow a trend of a song and you can blow up easily and the artist gets known. The thing with mine is, I was excited that I actually saw people like my song and it wasn’t just adding up because it was a trend.”

Nanai, who initially used to YouTube to upload and listen to music, confessed to having limited knowledge of other platforms, too.

“At the time I didn’t know anything about Spotify and all that,” he said. “I didn’t know you could spread it out and have it on all platforms, licensing and that. I only knew YouTube, all my friends and my mates used YouTube, so that was basically all I knew.”

As for his own musical tastes, Nanai said he’s into “a bit of everything, R&B, rock, old school, rap, drill, and most of all island music”.