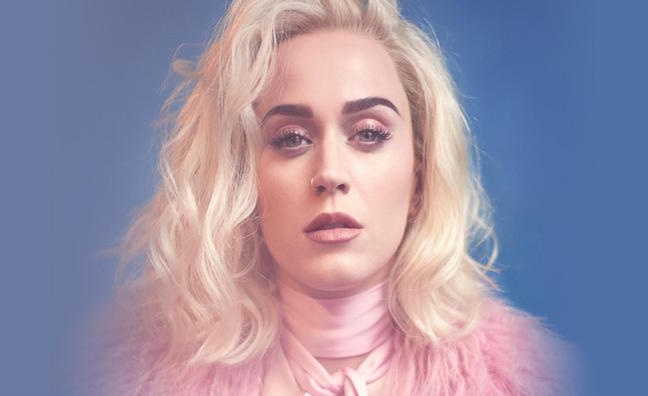 Katy Perry has set a new record on Spotify with her new single Chained To The Rhythm. The song, which Perry performed live at the Grammys (February 12), accumulated more than 3 million streams on Spotify, marking a new record as the best first day of streaming of a single track by a female artist. The total number of streams on February 10 was 3,062,293.

The launch of Chained To The Rhythm on all streaming services marks a notable departure from the release strategy Perry adopted for her 2016 Rio Olympics song, Rise, which was initially made available as an Apple Music exclusive. The track struggled to make the impact expected, peaking at No.25 in the UK chart and selling 22,497 in its first week according to the Official Charts Company. This initial exclusivity subsequently led to a reduced presence on Spotify playlists.

Speaking to Music Week last year about whether Spotify discriminates against artists that do streaming exclusives elsewhere when it comes to playlists, George Ergatoudis commented: "We took a view that we are going to work with people that want to work with us and that’s the reality. If you want to partner with us, be on a project with us, be with us from the beginning – that’s where the benefits are going to be. So obviously we are favouring the labels, artists and managers that want to work with us."