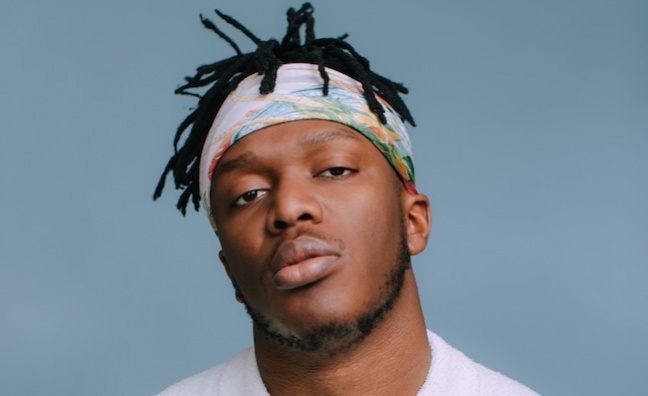 KSI has achieved sales landmarks for both of his albums.

The UK rap star now has a gold-certified record with his debut Dissimulation (BMG), while this year’s follow-up All Over The Place is already certified silver.

KSI’s Dissimulation has sales to date of 100,488, according to the Official Charts Company. The vast majority of its sales (90.4%) are from streams, with just 2,075 physical units. The album was released in May 2020 and peaked at No.2.

The make-up of sales for KSI’s No.1 album All Over The Place, released in July, are more balanced. Of its 60,344 sales to date, 21,165 are physical and 36,122 are from streams. The album had an expansive D2C campaign with multiple formats.

All Over The Place could get a further boost from the deluxe edition, which KSI released on Friday (August 27). It features new tracks Little Bit Of Fun feat. Anne-Marie, Know You feat. S-X, A1 and Jay1, and the latest single Lose feat. Lil Wayne. Lose is currently in the Top 50 and has sales to date of 41,558 after two weeks on the chart.

Don’t Play, KSI’s previous collaboration with Anne-Marie, peaked at No.2 and has sales of 583,832.

KSI’s recent hit Holiday, which peaked at No.2, is now subject to accelerated decline on the singles rundown. The chart rules meant that it slipped from No.10 to No.32, but it has racked up 296,919 sales.

To coincide with the release of the deluxe album, KSI has announced a tour for 2022, which kicks off at O2 Academy in Sheffield on February 10 with dates currently scheduled for Dublin, Exeter, Southampton, Cardiff, Nottingham and Manchester.

The rap star plays a sold-out show at The SSE Arena, Wembley on February 25. He appeared at Reading & Leeds Festivals over the weekend.