National Holiday: How KSI took a big risk for his latest hit 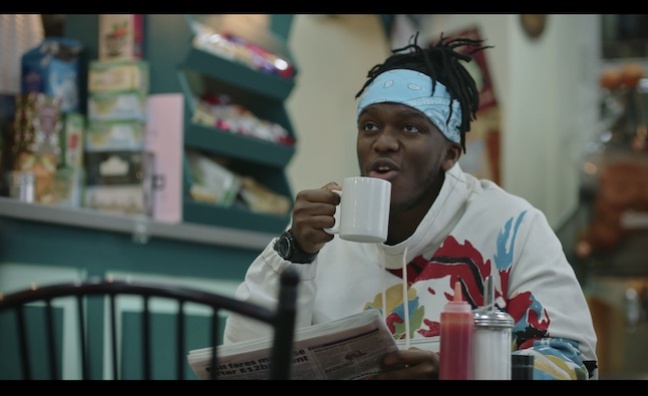 But it’s his current hit Holiday which shook up his campaign for the second album, All Over The Place (BMG). Playlisted at BBC Radio 2, the single peaked at No.2 and has sales of 227,486 (Official Charts Company).

Released ahead of KSI’s album, Holiday dropped on June 18 and took fans and the industry by surprise. The UK rap star had delivered a summery ballad that he sang solo without any guest stars.

Mams Taylor, KSI’s manager, A&R and executive producer, at Proper Loud Music, admitted that not everyone was ready for a KSI single without features.

“To be honest with you, I had a Zoom call from the label heads and they all said, ‘Mams, please don't put this song out, this song is not going to work - it's him on his own, he's not ready,’” he told Music Week. “A lot of people said that to us and this Zoom call was quite daunting.

“I was just like, ‘Oh shit, what if I've got this wrong?’. And then I meditated on it and thought, ‘I don't have this wrong, I feel it in my bones’. I felt very strongly that this song was right for him and it was perfect timing.”

Taylor admitted that KSI (real name Olajide "JJ" Olatunji) himself then had a wobble about his direction on the single, even if the vocal lessons he had taken ensured he could pull off a solo track that featured singing rather than rapping.

“I stuck to my guns, and then the week after JJ had doubts about it,” said Taylor. “He's like, ‘Mate, what am I doing, should I be doing this?’. I let him settle into his thoughts, and just said ‘Look, I believe in it, you tell me what you want’, and he was like, ‘Yeah, I believe in it too’. So it was the two of us who strongly believed in it. And then everyone else started [to come on board] when it came out and did record numbers for him.”

Holiday is KSI’s highest-charting single (equal with Anne-Marie collaboration Don’t Play) despite not having a famous name to help its chart campaign. Upon release, it made No.1 in the OCC’s Official Trending Chart.

In the latest Midweek sales flash, Holiday is at No.12 in its eighth week on the chart with sales down just 10.6% week-on-week.

“I give the label credit because they put their hands up on that,” said Taylor. “They've been really amazing throughout. But on that one, you know, we all get it wrong. I'm not a nice enough guy not to pass on an opportunity to gloat. So I did!”