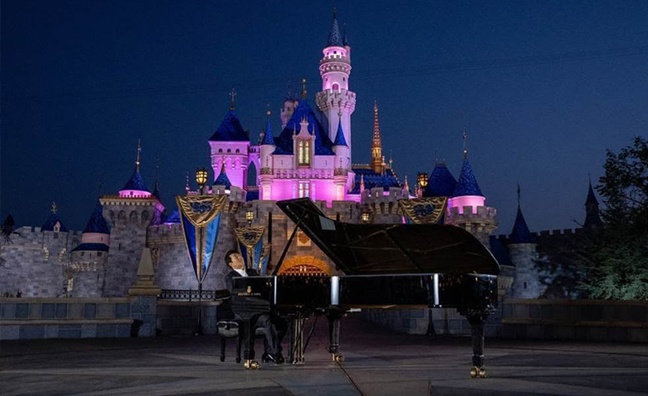 Acclaimed piano virtuoso Lang Lang has revealed details of a new album that will celebrate 100 years of The Walt Disney Company.

Released on September 16 on Deutsche Grammophon in collaboration with Disney Music Group, the album, christened The Disney Book, will see Lang Lang reimagine Disney classics with some of the world’s leading arrangers.

An official press release stated that The Disney Book “traces the history of music in Disney films from the 1920s to the present day, whilst also reflecting Lang Lang’s own personal journey.”

New versions of songs from Pinocchio, The Jungle Book, Frozen and Encanto are all included.

Speaking about the project, Lang Lang said: “Animation sparked my imagination and transported me to other worlds. The music was a big part of this experience – and led to my life-long love of classical music. There is such a variety of styles in Disney songs; truly, something to inspire everyone. I hope that people of all ages will enjoy this recording and experience the joy that we all felt the first time we saw a Disney film.”

The album’s first single, released today, is Feed The Birds from Mary Poppins. Its accompanying music video, shot at Sleeping Beauty’s Castle at Disneyland Park in California, made Lang Lang the first classical pianist ever to perform there.

In 2017, Universal Music Group signed a new long-term deal with Lang Lang. The star has sold millions of albums around the world, featuring prominently on classical charts whilst also achieving mainstream success. In 2007 he was nominated for a Grammy Award, becoming the first Chinese artist nominated for Best Instrumental Soloist.