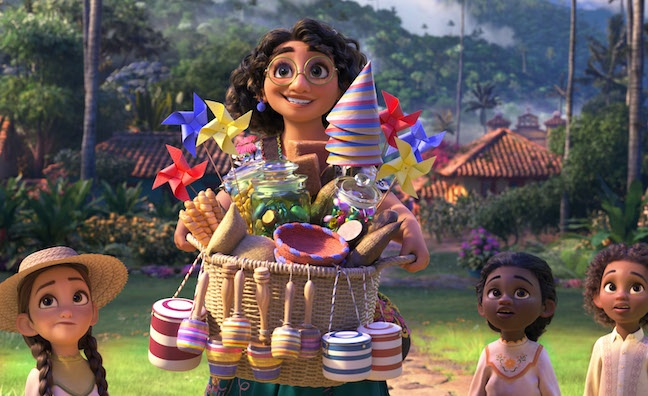 We Don’t Talk About Bruno, from the new hit Disney musical Encanto, has climbed to No.1 on the UK singles chart.

The single, which climbed from No.3, has become the first ever original Disney song to reach No.1. It registered 45,684 sales in the past week (largely based on 6.3 million streams) and its total sales are 129,967, according to the Official Charts Company.

We Don’t Talk About Bruno is also the first original soundtrack song to reach No.1 for its multi-talented composer, Lin-Manuel Miranda. The song features vocal performances from Stephanie Beatriz (pictured with the OCC No.1 award), Rhenzy Feliz, Adassa, Mauro Castillo, Diane Guerrero, and Carolina Gaitan. 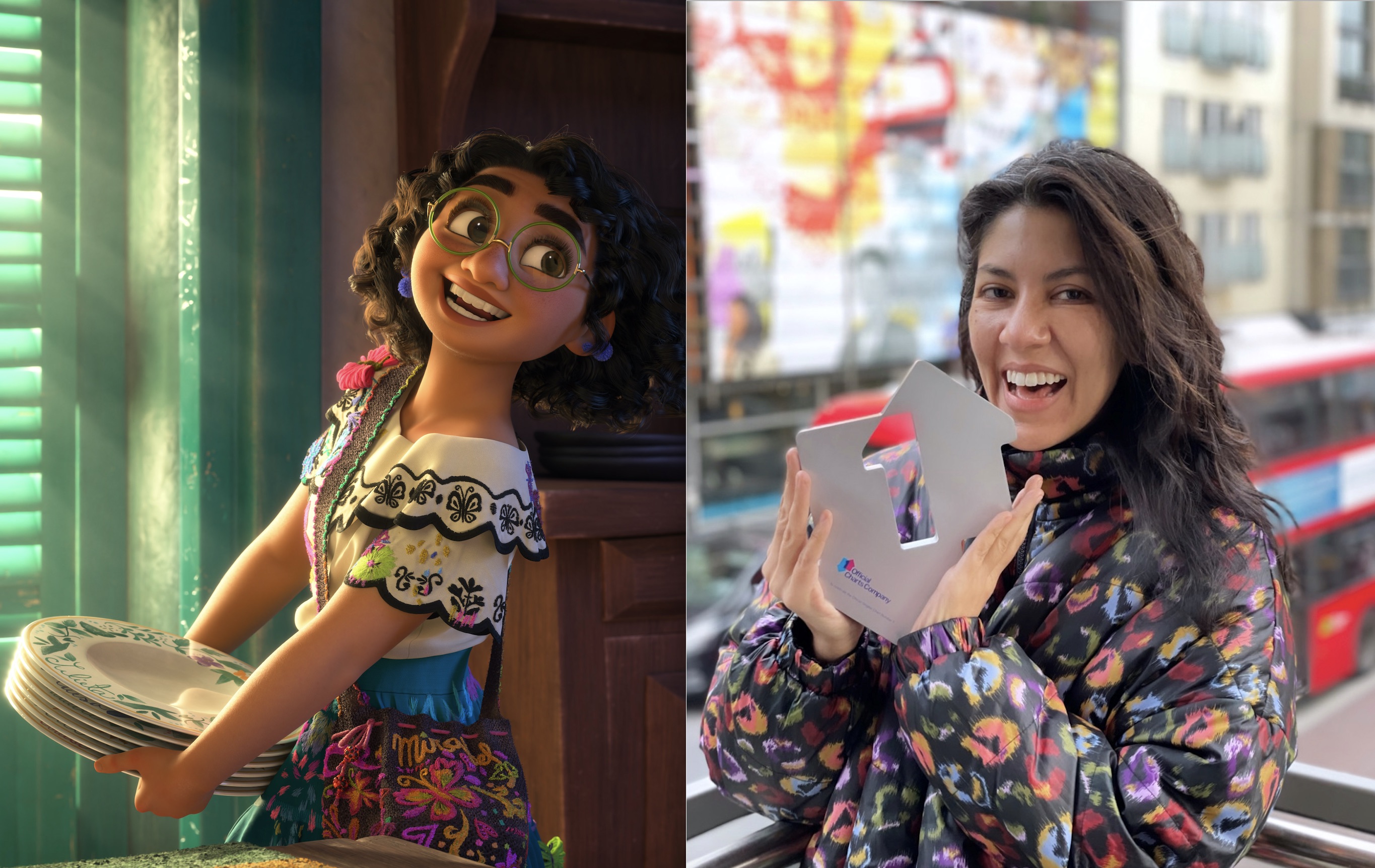 Lee Jury, SVP, studios marketing, Music Group & Stage Shows EMEA at Disney, said: “We’re delighted to have our first original Disney No.1 single of all time with We Don’t Talk About Bruno from Encanto. It’s another captivating, infectious track written by Lin-Manuel Miranda and we’re so proud of the success of the movie and soundtrack. Not forgetting Surface Pressure, another hit from the soundtrack which is in at No.5 also. Having two tracks in the Top 5 is more than we ever could have expected… may the success continue!”

The soundtrack album Encanto (Walt Disney/UMC) is at No.1 on the compilations chart for its third week. Its sales increased for the eighth week in a row to 11,395. It has sales to date of 33,524.

The No.5 singles chart entry for Surface Pressure by Jessica Darrow is a new peak. A third track, The Family Madrigal by Stephanie Beatriz & Olga Merediz, climbs 14 places to No.15.

While it is the first original song to reach the summit for Disney, Bruno is the second overall Disney No.1, following Suspicious Minds, a cover version from the 2002 film Lillo & Stitch, performed by Gareth Gates.