Natanael Cano announced as new Apple Music Up Next artist 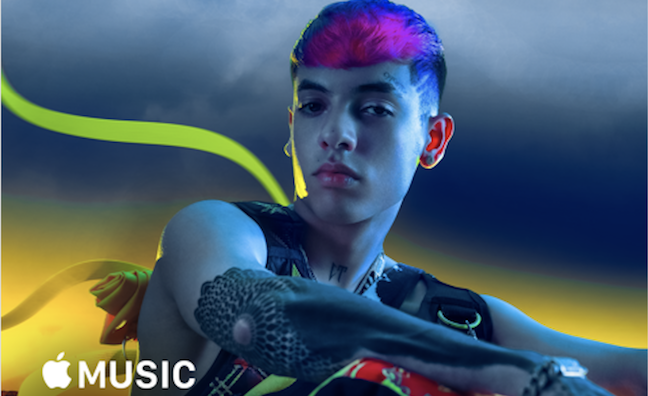 Apple Music has announced the latest addition to its Up Next series as Natanael Cano.

Cano is a 19-year-old singer-songwriter from Mexico has been writing songs since he was gifted a guitar at the age of 11, and gained traction last year for collaboration with Bad Bunny on the remix of Soy el Diablo.

“I am super thankful to all the people at Apple Music for giving me this opportunity to be their Up Next artist,” said Cano. “This motivates me to continue to release even more music for all my fans.”

Cano’s Up Next film shot on an iPhone 11 Pro is out now, and available to watch on Apple Music.

“Natanael Cano is a young visionary who deserves everything good that's happening with his career right now,” said Apple Music host, El Guru. “When everybody was doing the same, he created a new sound with corridos tumbados. He has the future in his hands with his unique talent, and because of that, he is our first Mexican Up Next artist on Apple Music."

As part of his Up Next campaign, Cano will also perform on Jimmy Kimmel Live! On October 5, and chat with El Guru on APPLE MUSIC.

Past Up Next alumni include Billie Eilish, Sigrid, Burna Boy, Khalid and more.