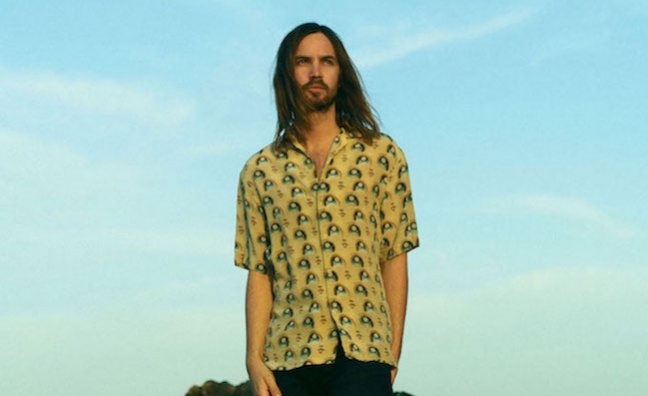 Tame Impala have confirmed details of their fourth studio album, The Slow Rush. Released on Fiction Records, it drops on February 14.

Lone member Kevin Parker has also released a new song, It Might Be Time. It follows the previously released new album track Borderline and the single Patience.

The Slow Rush was recorded between Los Angeles and Parker’s studio in his hometown of Fremantle, Australia. He produced and mixed the album.

In the last six months Tame Impala have played headline slots at festivals including Coachella, Glastonbury, Primavera and Lollapalooza. Parker also sold out arenas around the world including The O2 in London and two nights at New York City’s Madison Square Garden.

His last album Currents was released in summer 2015 and earned a BRIT Award for Best International Group, as well as a second Grammy nomination. It went platinum  in Australia, and gold in the USA, Canada, UK, France, Netherlands and Belgium.

Currents has UK sales to date of 169,304, according to the Official Charts Company.