'One of the greats, if not the greatest': The music world pays tribute to Mark Hollis 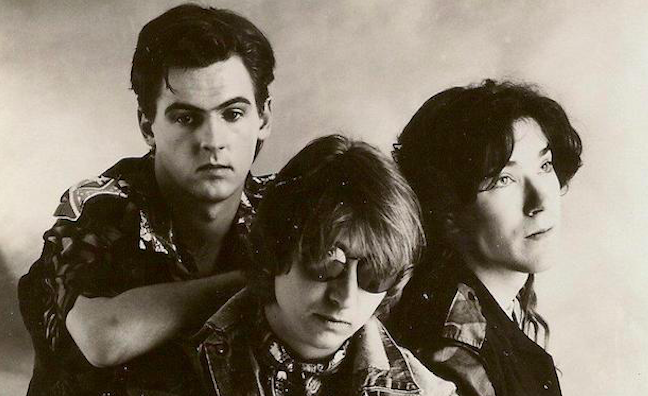 Talk Talk disbanded in 1992 and Hollis released a self-titled solo album in 1998 via Polydor, after which he withdrew from the music business, saying, "I choose for my family. Maybe others are capable of doing it, but I can't go on tour and be a good dad at the same time."

Aspden told the BBC: "I can't tell you how much Mark influenced and changed my perceptions on art and music. I'm grateful for the time I spent with him and for the gentle beauty he shared with us."

It’s My Life is Talk Talk’s biggest-selling single according to the Official Charts Company, with 195,058 sales to date. Compilation The Very Best Of, from 1997, has 109,479 sales to date.

Parlophone has worked on various reissue campaigns with Talk Talk’s catalogue, which has been celebrated by consecutive generations.

Tributes to Hollis have been led by Aspden, Hollis' cousin-in-law Anthony Costello and former Talk Talk bassist Paul Webb (aka Rustin Man), with messages appearing from across the industry on social media. Read a selection below.

I am very shocked and saddened to hear the news of the passing of Mark Hollis. Musically he was a genius and it was a honour and a privilege to have been in a band with him. I have not seen Mark for many years, but like many musicians of our generation I have been profoundly influenced by his trailblazing musical ideas. He knew how to create depth of feeling with sound and space like no other. He was one of the greats, if not the greatest. . . . . #markhollis #talktalk

RIP Mark Hollis. Cousin-in-law. Wonderful husband and father. Fascinating and principled man. Retired from the music business 20 years ago but an indefinable musical icon.
Talk Talk - It's My Life (Live at Montreux 1986) https://t.co/eGRfLWHt6r

We are profoundly saddened by the news that #MarkHollis has passed away. A hugely innovative & inspirational music talent that found expression through groundbreaking, now classic albums, & whose unique, distinctive sound & style with #TalkTalk was of its time but timeless also. pic.twitter.com/zdt01lGAvJ

Trying to find the words to express my sadness about the passing of #MarkHollis #TalkTalk
Hearing Spirit Of Eden blew my 18 year old mind to such a degree I set out to try and learn how on earth they had created this transcendent masterpiece. That search turned into a career.

I always wanted to meet Mark Hollis & say thank you for his music. Hope he knew how much he meant to so many of us. RIP ????

We are so saddened to hear about the passing of Mark Hollis, lead singer and creative genius from the band Talk Talk. Our thoughts are with his family and friends https://t.co/wYc5u7SCXH

We never aped him, but I doubt without Mark Hollis’ music if there would be a Gomez. His expansive creativity was gravitational upon us. We’d sit and listen to Spirit Of Eden over and over and over. #RIPMarkHollis

So sad to hear Mark Hollis has passed.. his music is amongst my most dearly loved... Rest in peace you wonderful soul. pic.twitter.com/DD7eYizhfz

Goodbye Mark Hollis,We owe you so much ,I cant overstate the influence on us three as musicians and us as a band.#markhollis #talktalk

Sad news about Mark Hollis. So much beautiful music https://t.co/5I8s98RI6F

Mark Hollis is up there with Neil Young/Sonny Sharrock/Hendrix for most physical/blasting minimalism/spiritual guitar solos. No matter how far out every phrase belongs. Fucking....bummer. True head

Mark Hollis was a spirit whisperer and keeper of a secret garden. pic.twitter.com/OCBXisldzl

Very sad to hear that Mark Hollis has died. You might have experienced the wonder of those final three Talk Talk albums but his 1998 solo album is just as beautiful and has been an endless source of musical and conceptual inspiration to us.

Really sorry to hear of the death of Mark Hollis. His music was rich and deep, and a huge influence on my development as a musician.

one of the most amazing writers of my generation. I was lucky enough to spend some time with him at our studios September Sound in the 90s when he was working on new music. This is incredible. https://t.co/PVAU1yk2CZ

So sad about Mark H... he made some of the most moving music I have ever heard.. pic.twitter.com/oAc75ymaoT

"Mark was the main songwriter of some truly great songs” @TalkTalk pic.twitter.com/beH4kGPcmA