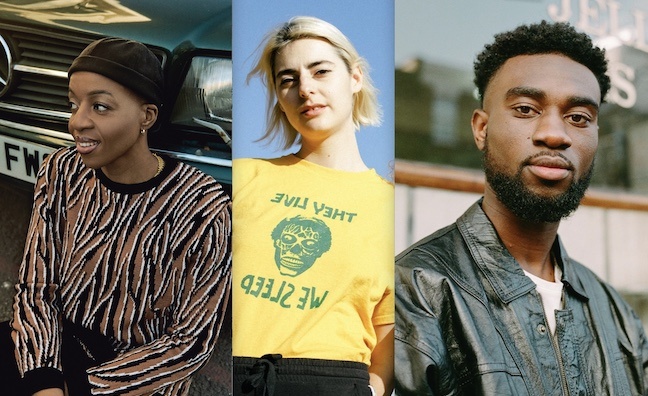 Since its launch in 2013, the fund has supported the careers of Moses Boyd, Sam Fender, Little Simz, Hannah Peel, Years & Years, Floating Points, Kae Tempest, Sports Team and many more.

“I always felt like if I was an A&R, I’d be looking at the Momentum list’s latest grantees because so many go on to be successful,” PRS Foundation CEO, Joe Frankland, told Music Week.

Over the last year, the fund received nearly 1,000 applications. For the 55 acts that were added to the fund, including Emmavie, Dream Nails and Kofi Stone (pictured L-R), it has had to evolve to fit the needs of these artists in a pandemic.

How successful was the first year of the PPL Momentum Music Fund?

Joe Frankland: “I'm very pleased with the first year of the PPL Momentum Music Fund partnership. It's hard to be pleased about things when it's been such a tough year for everyone in the music ecosystem, but the relaunch of the fund was really successful. It's proved vital to have such a significant amount of brand support available and to be able to support artists who have remained at a crucial tipping point, or have required funding to remain at a tipping point. I look back with pride that we managed to keep it going and to adapt the fund to be as effective as it possibly can be.”

Peter Leathem: “From PPL's perspective, we have professionalised our operation over recent years and we're at a point where last year we paid 122,000 performers at least once. We've got to a point where our performers are realising our operations are working very well. In terms of us looking at the expertise and professionalism of the PRS Foundation, it seemed a sensible place to go also given our working relationship with PRS and having formed a joint venture up in Leicester to do licensing. PPL has been absolutely delighted with how the last year has gone in terms of supporting another 55 acts, the selection process that has gone through, the feedback we get and with some of the success we see that's happening with those artists.”

How has the fund evolved over the last year?

JF: “This fund has always been about meeting the current needs of the ecosystem and in the last year we've had to adapt quite a lot. We were being very supportive of people still coming into the fund for UK tours, for example, and allowing them to delay. There's been a lot more innovation and people adapting new ways to reach their audiences and to expand their teams. We've been supporting livestreams, online recording collaboration, and had more releases than in standard years. There are still significant levels of brand support, with the average nearly at £10,000, and that's important to get that money out and to stimulate creativity and releases. We made a strategic decision together that we wouldn't push back deadlines and we've been able to run four in the last year. That's been crucial to have that reliable project funding that's always there.”

Why is the fund so important to the music industry and developing talent?

PL: “If you look at the value of the recorded music industry, it peaked in 2001 and we are still currently valued at less than it was in 2001. If you [calculate] it in real terms, after inflation we are only two thirds of the size we were 20 years ago and that has an impact on those that can then invest in new artists. Things like the PPL Momentum Music Fund have come in and helped to provide funding at a time when some of that funding has moved away. Often artists now have to do more development and create more of a following before somebody can sign them. PPL Momentum Music Fund has become part of one of the ways you can try to develop your career into something a bit stronger.” 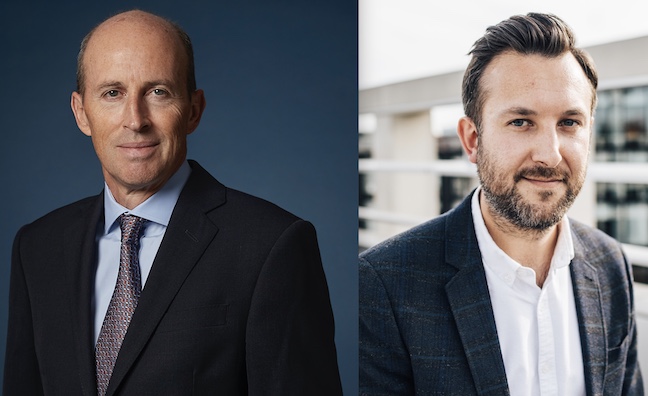 JF: “We've supported over 250 albums to be created and released, almost 300 UK tours, that's over 1,500 live dates, and in investing £4 million through the fund it’s generated over £21 million for the industry. The beauty of it being a charitable brand, and of it being a decision that's not based on commercial kickback when an artist does well, is that we can take the risks that the music industry might not take. That's why we've selected such a broad and diverse range of artists; we do very well when it comes to racial parity, gender equality and representing people across all four UK nations and across regions through this fund.”

The fund recently came under discussion at the DCMS Committee inquiry into streaming. Does this underline its importance for rising artists in the streaming era?

PL: “I think for it to be identified in the DCMS Committee on the economics of streaming as being a valuable source of talent development was a very nice thing to happen. Actually, they were looking at the way in which that funding comes together and the output of that funding. But as I said, I think it's an incredibly well known fund and it's been going from strength to strength as evidenced by the largest number of applications ever this year. And we're delighted with the success it's having in terms of it being known as being something that's useful to develop people's careers and people obviously think that by the number of applications that are coming through, and we can definitely see that through the support and success that the number of artists coming to the fund are having.”

How does the fund help to drive the diversity agenda for new talent?

JF: “We feel it's vital that we support a diverse range of talent. It's about making sure that your advisor list is representative. So whenever we have people shortlisting, or scoring or making that decision from the panel, they will never all be based in London, never all be white British, and never all be men. We now have a pool of over 600 advisors the PRS Foundation can call upon. We also make sure that we have a mixture of roles; we'll have people from the live sector, recording and publishing. It’s how do you make sure that the advisors are reflective of the UK? How do you make sure that the shortlist is representative? It's something that we feel PRS Foundation does very well and we've built this over the last 20 to 21 years [since the launch of the charity]. Hopefully, you will notice that the artists we’re pushing are a really broad range of artists, not just one type of band or solo artist.”

What are your future plans to ensure the fund continues to help new talent?

JF: “Consistency is really important, so being in a position to offer as much funding as possible to as many artists is the main driver. We have priorities in terms of better representation in England, outside of London, and that's what Accelerator is all about. So we'll see more of that, especially now when it doesn't seem to make much sense to have to move to London to progress your career. Another is, how do we support people from lower socio-economic backgrounds in accessing funding, and making sure that our funding is going to those who most need that funding support at the right time? It's constant reflection. We have a brand new grants programmes manager, Kwame Safo, and I'm sure he'll influence the future direction of the fund and it will look very different in a year's time when we're celebrating two years of PPL Momentum Music Fund.”