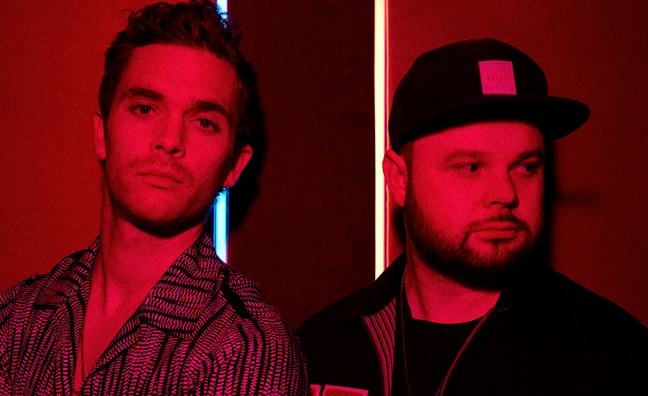 By the time the weekend rolls around, Royal Blood could be celebrating another No.1 album.

Mike Kerr and Ben Thatcher return with Typhoons on Warner Records, looking to build on the huge success of their two previous chart-toppers. Their self-titled 2014 debut has 641,972 sales, according to the Official Charts Company, while 2017’s How Did We Get So Dark? Has 208,591.

The band spoke to Music Week, along with Warner president Phil Christie and manager Ian McAndrew for our April issue, and drummer Thatcher spoke of the unique closeness of their bond.

“It’s always difficult for a third party,” he said, “because Mike and I have been on a journey together and we’re so musically connected. We’ve done and tried so many things, so just hopping on the Royal Blood train sometimes doesn’t work.”

Subscribers can read the full interview online, but here we present an exclusive extract from our conversation with Royal Blood. 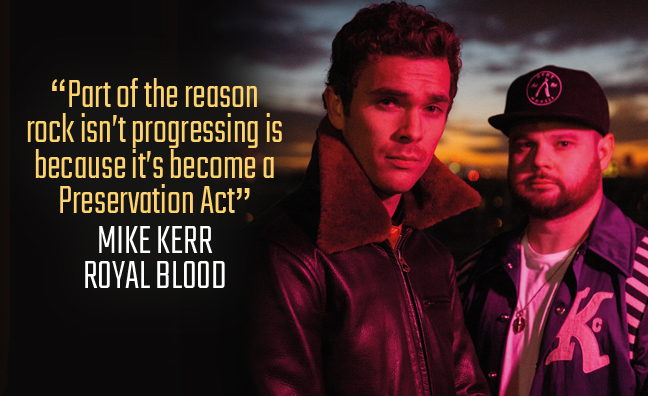 Mike Kerr: “When we started writing this record, there were so many rules to break. There are so many things where you think, ‘Oh no, we can’t do that,’ or, ‘These types of fans won’t like this’, and suddenly you realise how small a box rock has been pushed into or simultaneously put itself in. Part of the reason rock isn’t progressing is because it’s become a Preservation Act and people are preserving music that was made in the ’70s but failing to realise the music that was being made then was breaking rules and trying new things. We listen to quite modern music. Obviously, we love old-school rock’n’roll but we’re not drawing inspiration from that all the time. I grew up with that music when I was really young and it’s now just in my body.”

Ben Thatcher: “If you don’t progress and take risks, then you play it safe. And we’re not a band that wants to play anything safe.”

MK: Typhoons [the single] was written in lockdown. It’s probably the fastest song I’ve ever written. What’s mad is how that song is the demo. Ben tracked all these drums and took it to another level but I didn’t re-record anything.”

BT: “I think we found something in ourselves. We had a lot more direction of what we wanted to do. The key songs came once we had to stop. It was just such a pleasure to be creating again and not having a deadline because no-one knew what was going on. It was like, ‘Well, let’s just keep writing for the sake of it’. I think that’s shown with the outcome of this record.”

Did lockdown give you time to reflect on how important grassroots venues were to the band?

BT: “Most of [the ones we played in[ are gone, to be honest with you. But there’s a lot in Brighton that we would go to – the Green Door Store, Hope And Ruin, the Concorde 2. They’re not in a great position right now. But there’s not a lot you can do if we can’t go there and can’t play shows.”

MK: “It sucks. Playing shows is the environment you need in order to become a band. You need to suck in front of all your friends. Without that, you have no chance. Some of the best memories of my life as a musician were when I was 14, starting my first band and playing round each other’s houses and writing songs about dumb shit. You don’t realise it at the time, but that is when you are cutting your teeth and learning 10 times the amount you actually think you are.”

How excited are you about the future for Royal Blood, getting back on the road and making more music?

BT: “Playing live is where we’ve really thrived. We do the studio stuff because we want to play in arenas.”

MK: “I feel so in it right now, I’m really excited about what we’ve made, I’m still listening to what we’ve made. The fans have been waiting for a long time. I want to put this record out, revive the band and be heard. There was something quite emotional about making Typhoons because I genuinely felt inspired to make more music. The end of the second record weirdly felt like a dead end, it felt like closure. But with this one, I’m like, ‘This is no way near over’. Creatively speaking, who knows what’s going to happen?”