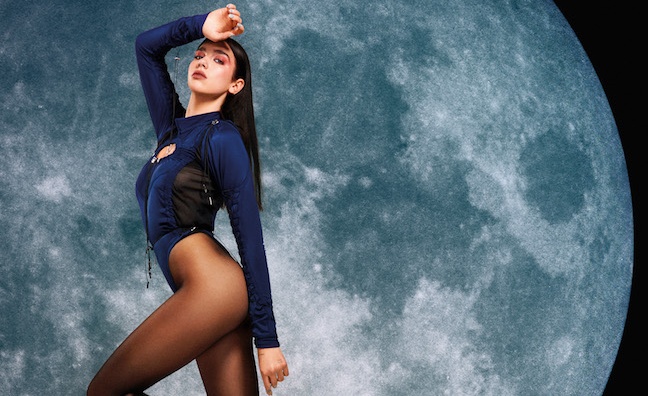 Dua Lipa’s Future Nostalgia is the biggest album of 2021 so far, according to Official Charts Company data.

Future Nostalgia was last on top in Q2 2020. Following a Grammys win and new edition, the LP has renewed momentum in 2021 in the run-up to next month’s BRITs.

“Future Nostalgia continues to reach new peaks, not just in the UK but around the world, as more and more people discover how great an album it is,” Warner Records UK president Phil Christie told Music Week. “We’re Good is now the sixth UK hit and will build into the BRITs where Dua will deliver another showstopping performance.”

Speaking to IFPI last month, Warner Records UK head of A&R Joe Kentish opened up about the release strategy amid the onset of Covid-19 in March 2020. Ultimately, Dua Lipa and her team opted to push ahead with the record.

Kentish said: “We still thought we’d be playing Glastonbury! As the reality dawned, the temptation to put it back was massive. The single was doing really well, so why take a chance? I think the first cue came from Dua. She just said, ‘If it’s meant to be it’s meant to be. Let’s put it out and have faith in the record we made.’ I felt the same – we knew we had a great record and it felt wrong to sit on it.”

Future Nostalgia continues to reach new peaks, not just in the UK but around the world

A new record has topped the albums chart every week of 2021 so far, with all but one doing so powered by a majority of physical sales.

Pop Smoke’s No.1 album Shoot For The Stars Aim For The Moon (Republic/Polydor) is another streaming perennial. After emerging as the quarter’s biggest album in Q3 2020, the late rapper is No.4 for the first three months of 2021 (59,536). It was the most streamed album of the quarter.

Polydor also has the biggest UK breakthrough of the quarter with Celeste at No.10. The Oscar-nominated singer’s debut LP Not Your Muse debuted at No.1 and ended the quarter with 45,393 sales.

Lana Del Rey’s Chemtrails Over The Country Club (Polydor) is at No.12. The Music Week cover star has the top selling vinyl album of the year so far.

In the singles chart, Olivia Rodrigo’s long-running No.1 Drivers License (Geffen/Polydor) was well ahead in Q1 with 707,494 sales. Polydor has the top two singles for the quarter, with former No.1 single Wellerman by Nathan Evans, 220 Kid & Billen Ted in second place (396,206).