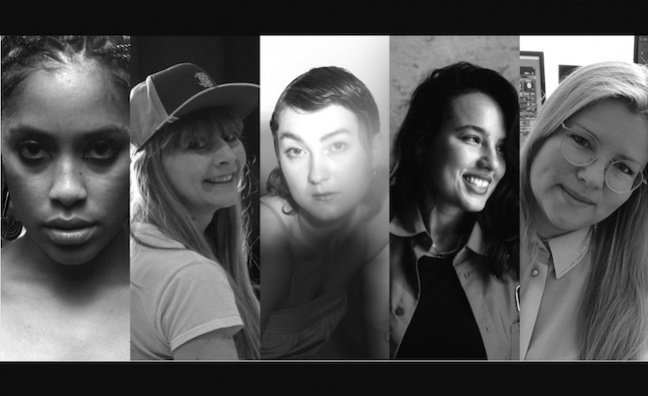 Founded by Music Women* Germany in partnership with Sony Music, the prize aims to support female producers in Germany who often lack visibility and support in the country. The asterix indicates that the organisation and prize is open to anyone who identifies as female and/or non-binary.

An internal analysis of the Top 100 Single charts in Germany showed that fewer than 2% of the producers involved were female.

The five winners will now be coached by producers such as MelBeatz during a one-day workshop on September 9 in Sony Music Germany's Circle Studios, and be awarded with a prize. The Top 15 will also be added to a newly created roster for Sony Music Germany labels and artists looking to diversify their recording sessions.

The Female Producer Prize was first announced in March 2022 and aims to promote female producers across the country.

Sarah Schneider said: “A short glimpse at the charts shows how underrepresented female producers are. It is important to raise awareness on this issue and create more role models for aspiring female producers. We were astounded by the number and high quality of the applications we received. Launching this prize allows us to further our commitment to support future stellar music producers. Congratulations to all five finalists!”

Jovanka V Wilsdorf said: "With this award we want to set a sign for the great female* music producers out there. In doing so, visibility and support go hand in hand for us, because we're tired of hearing: ‘We would have loved to work with a female* producer, but there aren't any.’ Let’s make a change!”

Novaa: Producer, songwriter and artist. She has produced her own tracks, as well as for acts such as Keke, Fløre, Amanda Tenfjord and LEA. She is also a mentor at the Female Producer Collective, based in Berlin.

Jenny Gerdts: Music producer, songwriter and multi-instrumentalist, she has worked with bands and artists of different genres. She is also a lecturer in music production at the HfMT Cologne.

GOTOPO: Colombian-Venezuelan producer and artist based in Berlin. Her first single production has been featured on BBC 6 Music.

Maxi Menot: She studied classical music, composition and music production in Frankfurt, Barcelona and Mannheim. She has worked as a producer and composer with various projects in film music, as well as with artists. She is also co-founder of the female composers collective Track 15.

Nora Medín: Music producer, multi-instrumentalist, DJ and songwriter with Austrian-Moroccan roots. She has collaborated with artists such as Jugglerz, Kelvyn Colt and Roger Rekless, as well as on music for brands. She is co-founder of the producer duo Nextofdin.