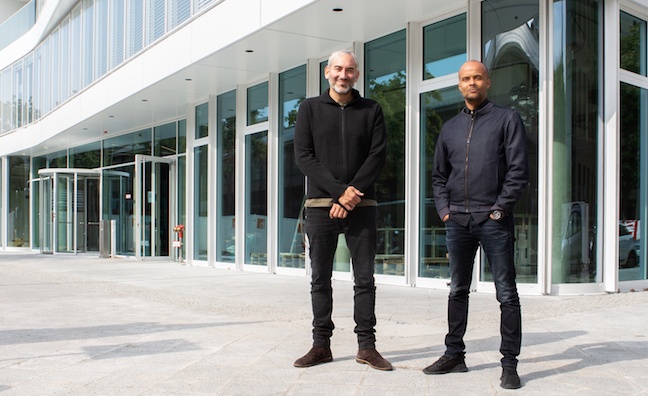 Sony Music Entertainment and Sony/ATV have opened their new offices and European HQ in Berlin, Germany.

The site provides 8,000 square metres of office space for Sony Music employees and consists of a seven-story building, the interior of which was designed by Berghain architects Karhard, in Berlin-Schöneberg.

The Germany and European headquarters of Sony Music were previously based in Munich.

With the move the company aims to widen its roster, as well as deepen partnerships and expand access to influential creative subcultures, digital innovators and policy makers.

The new headquarters are located in Bülowstrasse 80 in Berlin-Schöneberg, a district once home to David Bowie and Marlene Dietrich and an area which actively shaped Berlin’s music and clubbing scene in the 1980s and 1990s.

“I am very excited to start a new chapter in Sony Music’s story within the vibrant city of Berlin, one of Europe’s key creative power hubs,” said Daniel Lieberberg, president, Continental Europe & Africa, Sony Music. “I am particularly pleased that we are bringing under one roof Sony Music Germany, Switzerland, Austria, the music publishing and international classical music entities, as well as our international team, which is responsible for the region Continental Europe and Africa. We are committed to further empowering and supporting our artists fueled by a strong and dynamic team and an incredibly modern and inspiring new infrastructure.”

Sony Music will contribute to job growth in Berlin, covering a range of roles including A&R management, marketing and operational functions.

I am very excited to start a new chapter in Sony Music’s story within the vibrant city of Berlin, one of Europe’s key creative power hubs

“This wonderful building symbolises the demand we want to meet: to give space to the creativity of our growing number of employees, partners and last but not least our artists,” said Patrick Mushatsi-Kareba (pictured with Lieberberg), CEO, Sony Music Germany, Austria, Switzerland. “With our new location we also want to give our domestic roster even more international exposure, with the support of the international marketing team of the region, while also enabling young talents and creatives to benefit from our world-class expertise and infrastructure in this exciting environment.”

The new Sony Music headquarters consist of a newly built complex close to Nollendorfplatz and just a neighborhood away from the Sony Centre near Potsdamer Platz. The office will be equipped with a recording studio and state-of-the art music rooms to record and play new tracks.

Regular panels and workshops will be given for external partners, music aficionados and young talents to learn more about the role of a modern music label.

"We very much look forward to expanding our synergy possibilities with Sony Music,” said Patrick Strauch, MD Sony/ATV Music Publishing Germany. “At the same time, we will continue to deliver the best creative and administrative service to our local and international songwriters and publishing partners in these exciting new premises at Bülowstrasse."

“Once again, Sony Music's decision proves that Berlin has worldwide appeal as a cultural, lively and international centre,” said Michael Müller, governing Mayor of Berlin. “Sony Music is diverse and creative, which fits in well with our colorful music metropolis.”

UK majors started to return to HQs, though the UK government recently changed its advice by encouraging people to continue working from home where possible.