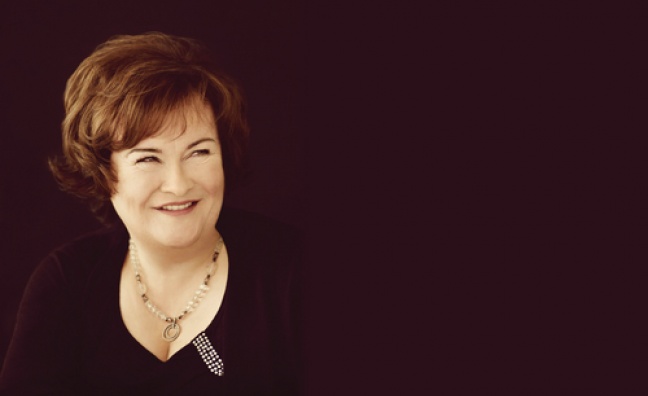 Susan Boyle has announced details of her new album Ten, as the singer celebrates 10 years since her Britain's Got Talent bow.

The 17-track LP, set for release via Syco on May 31 and available for pre-order from February 9, features Boyle's favourite recordings from the past 10 years, and four never heard before tracks.

Boyle said: “I am really proud of this album, it has my favourite tracks from over the years and I hope you get as much joy out of it as I have had working on it and choosing the songs.

"I’m a lady who likes to surprise, which is why I want to keep the four new songs a secret for now and give you something to look forward to! We live in a time where there are very few surprises anymore. I promise you won’t be disappointed.”

Boyle's achievements include 23 million albums sold, 227m audio streams and over 650m YouTube hits, along with two Grammy nominations and No.1 albums in more than 40 countries.

Her first studio LP since 2016's A Wonderful World and her eighth album overall, Ten was produced in Glasgow by Cliff Masterson and Steve Anderson, who have worked with the singer on her last four albums.