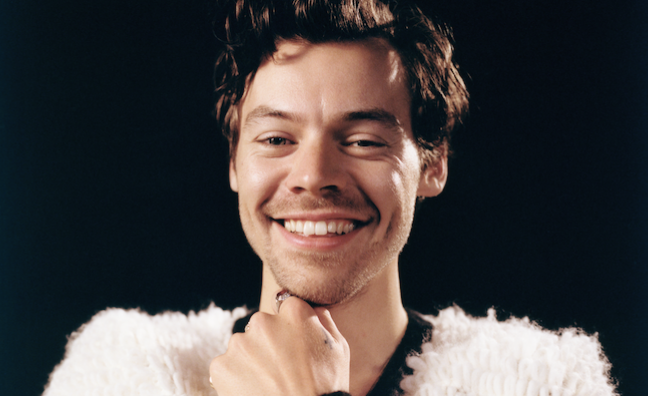 Last year, when the Mercury Prize shortlist was announced, the biggest-selling record of the 12 had 58,241 sales in the UK.

That honour went to Celeste's chart-topper Not Your Muse. Twelve months on, the album that leads the count has almost 225,000 more sales to its name, so that’s one way in which this year’s list tops last years. No prizes for guessing which record has shifted the most copies either, given that Harry Styles has made the list for the first time. With 283,130 sales and six weeks at No.1 to its name, Harry’s House is breaking record after record, the latest one being moving ahead of Olivia Rodrigo’s Sour and Adele’s 30 to become the album with most weeks at No.1 in the 2020s.

With 656 sales to date, Fergus McCreadie’s Forest Floor is at the other end of the list. Released in April via Edition, Forest Floor is the Glasgow-based jazz pianist’s third album and the Mercury isn’t his first brush with silverware - he previously won Best Instrumentalist at the Scottish Jazz Awards aged 20.

His fellow 20-something Sam Fender is responsible for the second biggest selling of the shortlisted 12, with an impressive 180,797 sales for Seventeen Going Under. Two indie acts in Wet Leg and Little Simz are next in the Top 5, with 61,187 and 41,482 sales for Wet Leg and Sometimes I Might Be Introvert respectively. Joy Crookes’ No.5 album Skin (28,917 sales) is also the fifth best selling in this year’s list, with Yard Act’s No.2 album The Overload close behind with 27,672.

Last year’s list featured three No.1 albums and so does this one: Harry Styles, Sam Fender and Wet Leg all topped the weekly chart, while Yard Act, Little Simz and Joy Crookes peaked in the Top 5. Kojey Radical and Self Esteem both hit No.11, Jessie Buckley & Bernard Butler peaked at No.23 and Nova Twins reached No.27. Previous Welsh Music Prize winner, Gwenno, meanwhile, hit No.148 with Tresor, her second record sung almost wholly in Cornish.

A cursory look at this year’s shortlist, then, shows more sales and chart impact than last year’s, even looking beyond the obvious boost delivered by the presence of Styles. But this is hardly a list full of bland chart pop, delivering a customary blend of styles and approaches that will nonetheless prompt questions from all sides (Dry Cleaning,’s New Long Leg, for instance, feels conspicuous by its absence. Also worth noting is the diminished presence of independent labels (five) compared to last year (eight). Most importantly, though, this list includes Little Simz, Self Esteem and Wet Leg and more, voices who have undeniably defined the past 12 months in music.

Below, we take a look at the to-date sales figures (up to Friday, July 22) for all 12 shortlisted albums, according to the Official Charts Company.

Jessie Buckley & Bernard Butler – For All Our Days That Tear The Heart (EMI): 4,834 sales