Celeste soars to No.1 with Not Your Muse 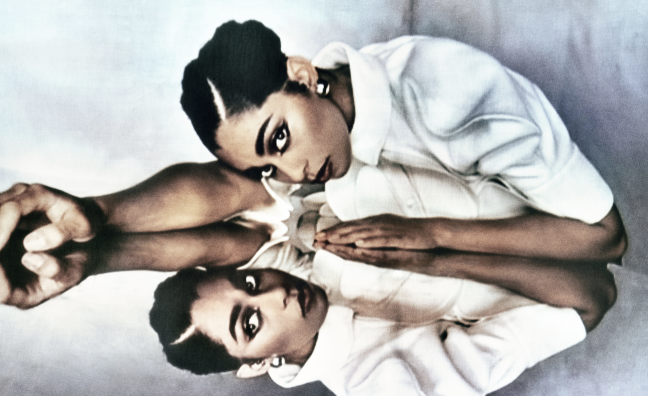 Celeste has become the first British female debut act to top the albums charts since Jess Glynne, as Not Your Muse soared to No.1 this week.

It’s a little later than first planned, but the record’s impressive performance is a landmark moment for the London-based singer and label Polydor, who took the decision to delay the album last year.

Managed by Atlas Artists, Celeste was heavily tipped at the beginning of last year, starring on the cover of Music Week’s New Music Special and winning the Rising Star Award at The BRITs and the BBC Sound poll.

Having made the decision to put the record back, Celeste and her team attacked 2020 in a different way, as the soul and jazz singer became the first artist to write an original song for the John Lewis & Waitrose Christmas ad. The now indelible Give A Little Love features on Not Your Muse, as does Stop This Flame, which football supporters will know well, thanks to Sky Sports choosing it as the theme song for its Premier League coverage.

Industry-wide support continued, too, while this week Celeste received a Golden Globes nomination for writing Hear My Voice, which features in Netflix film The Trial of the Chicago 7.

Without a release or live shows, Celeste successfully continued her infiltration of the mainstream last year, and Not Your Muse’s impressive chart performance caps a fruitful period.

In June 2019, Music Week profiled Celeste in our On The Radar column. Discussing comparisons with artists such as Amy Winehouse and Adele, she said, ““If those things happen, hopefully it’s a product of me doing something good, important and worthwhile that people want to listen to for a long time”

“I don’t know if those people ever get to realise in the moment that that’s what they are,” she added. “I’d be humbled, hopefully it would spur me on to make more music.”

At the beginning of 2020, Celeste appeared on the cover alongside Maisie Peters, looking ahead to what she and her team hoped would be a big year.

“This is just the beginning,” she told us. “I’m lucky to have this start where people are excited, but I’ve still got an album to bring out, that’s where the real challenge is, to finish that and then for that to be the thing that receives that critical acclaim. That’s what’s really important for me, understanding a body of work and presenting that to everyone and fans thinking it’s what they wanted it to be.”