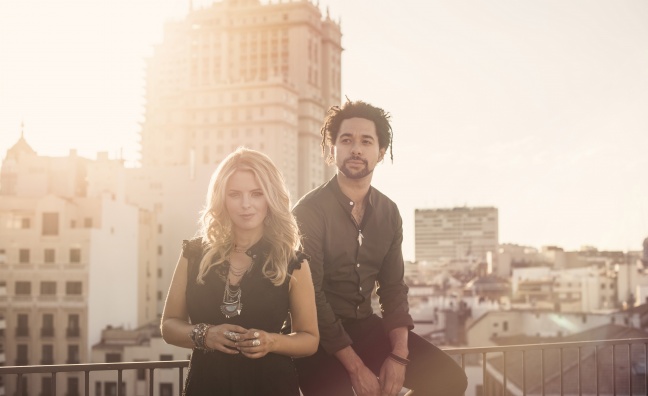 UK country duo The Shires have become the first UK act to be honoured with a CMA Award.

The pair were presented with the CMA Jeff Walker Global Artist Award ahead of the awards bash, which takes place on August 11 at the Bridgestone Arena in Nashville, during their CMA songwriters series show in London, featuring artists such as Maren Morris and Drake White. The Jeff Walker Global Artist Award recognises outstanding acheivements by country artists from outside of the US.

The Shires recently became the UK’s most successful country act after scoring two gold albums in 12 months. Their debut album Brave has so far shifted 145,000 copies, while sophomore effort My Universe has chalked up sales of 106,294 since its release in September last year.

Commenting on their award, The Shires stated: “We are completely thrilled to win the CMA Jeff Walker Global Artist Award. To win a CMA Award this early in our career and to be the first band from the UK to be acknowledged by the CMAs in this way is huge for us – thank you to everyone who voted for us and thank you to our fans who support our music and the UK country movement.”

You can read our interview with The Shires here.