'They're developing as songwriters': BMG's Alistair Norbury on the return of The Sherlocks 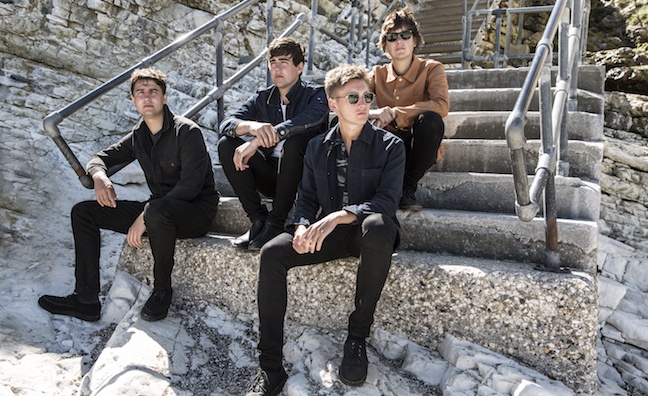 Alistair Norbury, president, repertoire & marketing at BMG UK, has told Music Week that bands are the “toughest space” in the industry right now.

The BMG boss was talking as the label’s indie rock act The Sherlocks released their sophomore album, Under Your Sky (Infectious/BMG). The group have also dropped the title track as a single.

“We feel that the toughest space at the moment is bands,” said Norbury. “We are seeing a lot of energy and resource going into [solo] artists, including ourselves with Jack Savoretti. The hardest area is the band space – it is something that I think all of the labels are finding much harder than the solo male or solo female artist.”

Recent UK rock successes, such as albums by Liam Gallagher and Sam Fender, lend weight to Norbury’s argument. The only British bands to reach No.1 in 2019 are Bring Me The Horizon, The Specials and The Beatles, compared to seven chart-toppers by UK solo acts.

The Sherlocks’ BMG-released Live For The Moment peaked at No.6 in August 2017. The Sheffield band’s debut has sales to date of 25,322, according to the Official Charts Company.

“I think with The Sherlocks, it's the old school philosophy of touring, building support, continuing to grow,” Norbury told Music Week. “They're doing a lot of engagement with fans with these smaller gigs that they're offering via competitions and taking the music into the regions.

“We have to grow it in the UK and make them a national act. We've got key markets such as Australia that we're looking at. I think we have to be realistic as to where to take a band like this, but they’re developing as songwriters and artists. You just have to be in it for a long time and not expect things to happen overnight. But it's very clear that we’re committed and we need to keep going.”

In common with other new indie rock acts, The Sherlocks have yet to score a hit single or make a major streaming impact. They currently have 145,506 monthly Spotify listeners.

“We're not going to pull out of trying to develop and break new bands, because a lot of us have come from that world,” said Norbury. “But it's incredibly hard, media is hard, it's hard at radio and television. The usual opportunities, when you look at who’s getting booked and who's getting played, it’s skewing very much to the single-based artists of the world at the moment.”