'They've got talent written all over them': Ultra Records' Patrick Moxey predicts hits for Sofi Tukker 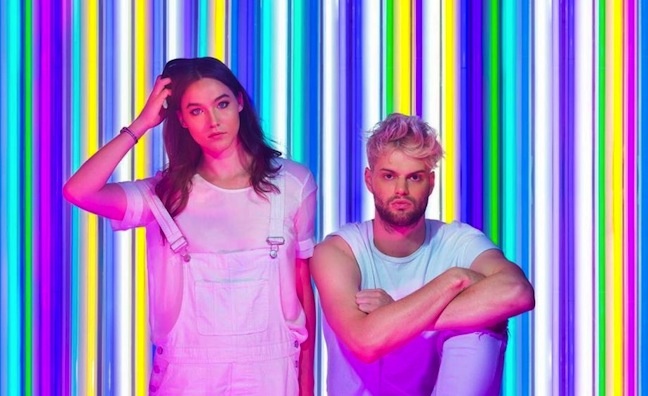 US pop duo Sofi Tukker’s label boss has told Music Week they are set to become “huge artists” as they prepare to release a debut album in the spring.

They wrap up their debut UK tour tonight (January 31) with a show at London’s Heaven.

The New York duo – comprising Sophie Hawley-Weld and Tucker Halpern - have already secured high-profile iPhone X and FIFA 18 sync placements for the song Best Friend, which also had support from Zane Lowe. They also scored a 2017 Grammy nomination in the Best Dance Recording category for the track Drinkee.

Ultra Records founder and president Patrick Moxey said the duo’s progress in recent months was “exciting”, including growing radio support and performances on Jimmy Fallon and MTV TRL this month.

“They’re absolutely flying and they’re so talented,” Moxey told Music Week. “So everything in Ultra world is doing fine.”

Ultra Records, which has a global partnership with Sony Music, has a dance music roster including artists such as Kygo and Steve Aoki. Moxey said he is confident that Sofi Tukker can build on their success with singles and syncs to become a career recording act.

“To me they’re in that tradition of quirky American pop – if you think about those art school bands like the Talking Heads and The B-52s, they have a touch of that in what they do,” he said. “They are both highly intelligent, they both recently graduated from Brown University [Providence, Rhode Island], they’ve got talent written all over them and they’re very special people. So we’re delighted to have them becoming huge artists right now on Ultra.”