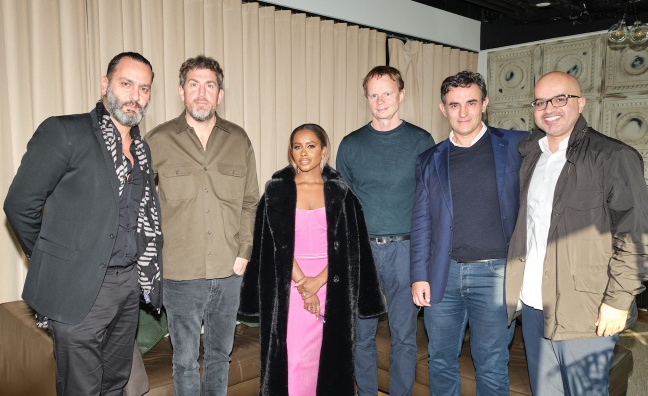 Labelled the voice of the young Saudi generation, Dalia Mubarak blends contemporary music genres, such as R&B, with traditional Khaleeji music from the Gulf region. She has performed alongside some of the Arab world’s biggest names, and headlined major music festivals in Saudi Arabia and the region.

Dalia Mubarak became famous in the Arab Gulf with the release of her debut single, Turn the Table, in 2014. Min Al Akher, her debut album, achieved significant success in Saudi Arabia and across the region.

Dalia Mubarak has enjoyed a string of hit singles. In 2020, she released Elly Yemshy 3ady, her first song sung in the Egyptian dialect, which introduced her to more music fans from across the Middle East and North Africa.

Her music holds firm messages on women’s empowerment. In June 2022 she featured on the front cover of Saudi Arabia Vogue and this month she won Best Saudi Arabian Artist at the Distinctive International Arab Festivals Awards (DIAFA) in Dubai.

Dalia Mubarak said: “I’m delighted to be signing a recording deal with Warner Music. It’s got the global footprint, cultural connections and marketing expertise I need to help me take my music to even more fans around the world. I’ve already got some exciting projects lined up and I can’t wait to share the details with you.”

Max Lousada, CEO, Warner Recorded Music, said: “The speed with which the Saudi music scene is advancing is amazing, and Dalia has been a trailblazer for change.  She symbolises a new generation of female artists from the country who are rewriting the rules and winning fans across the region and beyond. We’re excited to be supporting the next stage of her international career.”

Alfonso Perez-Soto, president, emerging markets, Warner Recorded Music, said: “Following our recent acquisition of Qanawat, we’re working at full speed to sign the best talent across the Middle East and North Africa. Dalia is the gold-standard for Arabic artists, so with the passion and synergy of our teams at Warner Music, there’s no doubt she’ll reach new fans worldwide with her music.”

Ahmed Nureni, general manager, Warner Music Middle East, said: “Dalia is an absolute superstar who has helped transform the prospects for both female performers in Saudi Arabia and the Gulf States. She’s a passionate performer and a thoughtful person who is committed to using her influence for good.”

Warner Music opened its Middle East affiliate back in 2018. In 2021, it completed its investment in Rotana Music, the Arab world’s leading independent record label. Earlier this year, Warner Music completed its acquisition of Qanawat Music.

The recorded music market in the Middle East and North Africa is one of the fastest growing in the world. An additional audience for those artists is the Arab diaspora around the world is estimated in the tens of millions