'We can always do something new': Two Door Cinema Club unveil False Alarm 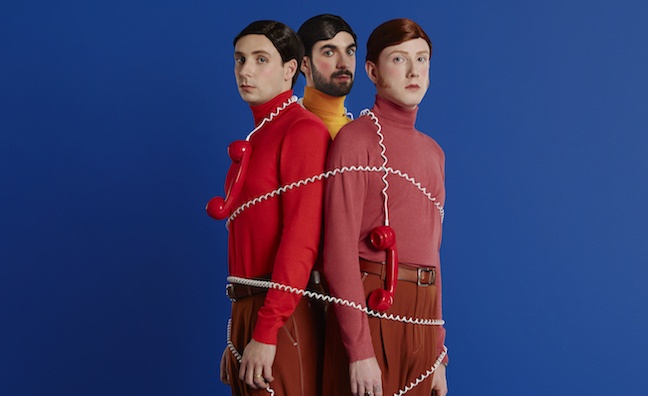 Frontman Alex Trimble appeared on Zane Lowe’s Beats 1 show to debut new single Satellite, and the album will be released via Prolifica Inc/PIAS on June 14. This new JV represents a change in label agreement for the band, whose last album, 2016’s Gameshow, came out via Parlophone.

Gameshow reached No.5 and has sold 40,332 copies to date according to the Official Charts Company.

Speaking about the shift in sound on the new record, Trimble said: “I love the pop thing. I love experimenting and going to different places, I love doing things that are a little bit wonky and I love the idea of doing something we haven’t done before, why can’t we do all of those things at once? That’s what it was, doing whatever felt right… It sounds like Two Door Cinema Club – not a Two Door Cinema Club there’d ever been before but that’s what I love. We can always do something new but it always feels like something we’ve done.”

False Alarm was recorded in London and Los Angeles with producer Jacknife Lee (U2, REM), while the band are set to embark on a run of live dates including performances at BBC Radio 1’s Big Weekend, Glastonbury and Y Not Festival.

The tracklisting for the new album is as follows: