'We don't look at it as being about money, it's about integrity': How the Whitney Houston estate is managing her legacy 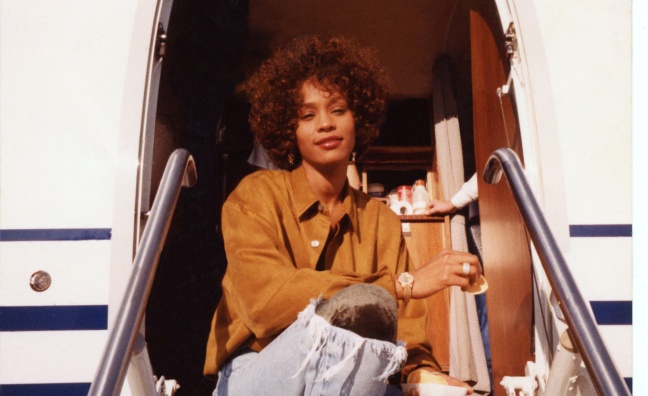 Today (July 6) marks the release of Whitney, the first cinematic deep-dive into Whitney Houston’s life to have been authorised by the late star’s family and estate.

The documentary, helmed by Last King Of Scotland director Kevin Macdonald, has been created with Houston’s film agent Nicole David and former manager and sister-in-law Pat Houston listed among the executive producers.

In the latest issue of Music Week, Pat Houston – now the executor of the late star’s estate – told us that she spends her time “day to day just making sure that [Whitney’s] legacy is kept alive.” With that legacy having shifted more than 200 million records worldwide, that constitutes a considerable task.

Pat Houston addressed a number of rumoured Whitney-related projects said to be in the pipeline, including a hologram tour, a Broadway play and a touring exhibit. One of the biggest questions she tackled was whether or not we can expect to hear unreleased music emerge.

“That’s tough because Whitney doesn’t have anything as far as a catalogue,” Pat Houston told Music Week. “She didn’t really record a whole lot other than what you’ve already heard. Fans are sending in messages that they want to hear new music and it’s like, ‘Well, wait, where is it coming from?’”

Despite this, there are actually plans for three new Whitney Houston albums. No release dates have officially been set – Sony’s Legacy Recordings declined to comment – but Pat Houston said fans can expect a duets record (“That will be an incredible album”), a covers compilation and a gospel album.

“You have to really take your time when you’re working with a legacy,” said Pat Houston. “We don’t look at it as being about money, it’s about her integrity, her image and the love of music. We just take our time and I don’t like doing anything that I know she wouldn’t want to happen. There are many things that come our way, every day, which we just continue to say ‘No’ [to].”

You can watch the trailer for Whitney below