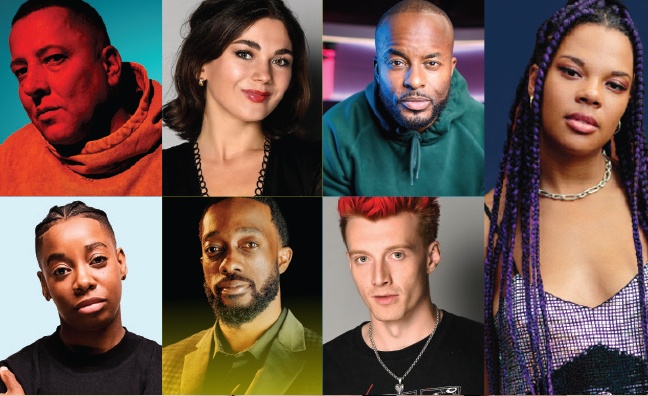 2022 was full of standout songs, from hit singles to hidden album gems. Here, Music Week asks a selection of the industry’s biggest new music advocates to pick their favourites…

Best known for playing Steve Harrington in Stranger Things, Joe Keery also makes music under the name of Djo and, on Change, he creates a trippy, time-bending, mystery that is a joy to unpick.

That’s the thing that appeals most about this song, I don’t just listen to it and like it, I feel it racing through my whole being, getting hooked in further and further with each listen.

The synths are a futuristic symphony serenading the shifting turbulence of Joe’s life and relationships; there is a clear attempt to embrace the change, but it’s not as straightforward as it feels. I’d also like to shout out Decide, the album it’s taken from, which is equally as gripping.

Eliza Rose & Interplanetary Criminal – B.O.T.A (Baddest of them all)

B.O.T.A was undeniably the tune of the summer. The infectious bassline, nostalgic sample and Eliza’s gooey vocals captured my heart. I love that, in 2022, underground heroes Eliza Rose and Interplanetary Criminal managed to rise up from clubs and festivals, to trending on TikTok, to hitting No.1.

Eliza was also the first female DJ to reach No.1 since Sonique in 2000. This August, my foundation released a report that found that only 5% of dance music in the UK charts had non-binary or female artists as the primary artist and feature. I hope Eliza inspires many more to come.

My favourite track of 2022 was Burna Boy’s Last Last. For me, it was the most infectious song of the year. The use of the Toni Braxton sample [He Wasn’t Man Enough] was inspired, somehow taking an already recognisable riff and flipping it into something completely different. This song is testament to the global appeal of Afrobeats.

I also want to mention the return of Beyoncé. The care with which Renaissance was put together was unmistakable from the first listen: the way the songs bleed seamlessly into each other, the use of classic house sonics and timeless R&B sensibilities. It was a masterclass in how to redefine sound.

Wstrn & Fireboy DML – Be My Guest

I love the feel of this record, I was playing it throughout the whole year. I love the chorus, the production, the video, the dancers, the choreography... It’s just one of those songs that makes me feel good. It’s also one of those records that found a good middle ground – it can be played in an R&B, Afrobeats or rap set and will get love.

Every time I get an email saying ‘WSTRN’ I know the quality will be good. Haile [Alexander] is infectious with the choruses, Louis Rei has got really sick bars and Akelle [Charles] adds the finishing touches, that’s why it always works, it’s top tier.

When I heard this song, I told Smallgod that he was responsible for one of the best rap collaborations of the year. This is elite lyricism, exemplary rap excellence. Black Sherif is one of the most important rappers of our time.

This is everything a pop song should be, powerful, catchy but also just pure escapism. Whenever I feel overwhelmed I whack this on full volume and dance (badly) with my arms flailing in the air.

It feels like freedom, a song for those little moments where you lose yourself for a second and become a pop star. Like when you’re singing along in the car with your friends or singing into a hairbrush in front of your bedroom mirror.

And the vocals! My goodness, they’re just mesmerising. The whole Hold The Girl album is incredible, I really recommend it.

Headie One – Can’t Be Us

My top song of the year has to be Headie One’s drill hit Can’t Be Us, with Abra Cadabra and Bandokay. The undeniable energy in the delivery and execution of the verses brings it to life, and the hook ties it all together perfectly.

Headie One is currently one of my favourite artists in the UK. Over the years since he first emerged, he’s proven to be very versatile and has been highly consistent – those are two attributes that have helped him to continue the great run he’s been on. It’s been a pleasure for me to watch him grow into the top-tier artist he’s become.