Apple Music's Dotty on her big move to the streaming giant 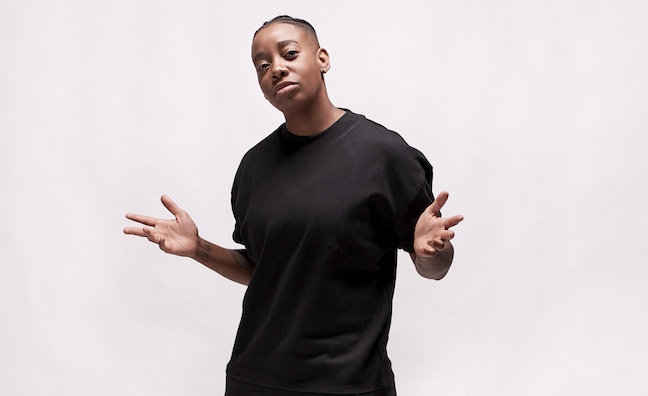 In the latest issue of Music Week, Charles stars on the cover for an exclusive interview about her move from BBC Radio 1Xtra to the streaming giant.

Charles spent six years at 1Xtra, including an award-winning spell as the digital station’s breakfast host for the last four years. Having championed artists including Stormzy, Dave and J Hus, she’s now continuing her support for UK rap and other genres at Apple Music, where she joins former 1Xtra star Charlie Sloth.

Charles launched The Dotty Show on Apple Music 1 last month (Monday to Thursday, 3-5pm) along with The Agenda Radio (Friday, 2-3pm), an extension of The Agenda playlist. She also has a key role at Apple Music as lead cultural curator, black music, UK.

“It's a huge honour to have a role like that and to have Apple Music’s faith in me to steer that,” she said. “I think Apple Music does really well in its multi-genre offerings. If you love Afrobeats you've got Africa Now; if you love R&B, you've got an abundance of playlists to choose from, be it UK R&B, R&B Now. And we've got Agenda, we've got New Fire, we've got Rap Life, there's no shortage of offerings for black music.”

“If you look at the Rap Life playlist on Apple Music, which is the creme de la creme of rap music, you're seeing British rappers make it onto that, which says a lot about the global appeal of these artists,” she told Music Week. “And before we unfortunately went into a global pandemic, you could see the world tours that people were planning, the number of countries that Stormzy was going to stop off on during that world tour. This is a global sound that is really going from strength to strength.”

Apple Music is also getting behind African artists more and more, with playlists such Alté Cruise, which celebrates the alternative scene.

“There are incredible artists out of South Africa and Kenya, out of Ghana and Nigeria,” said Charles. “There's an incredible sound and people are people globally are now getting hip to Afrobeat. But there's also an Alté scene, which is a genre-bending African sound that is incredible. There is some incredible music coming out of the continent.”

Charles arrived at Apple Music following a rebrand and expansion of the radio stations, which launched five years ago. As Zane Lowe said at his Music Week Tech Summit appearance, the stations aim to drive the continued streaming growth.

“For me, it’s about being able to sit in the playlisting world, but also continuing to be that that constant voice that can help users navigate, because there's an abundance of musical choice,” said Charles. “And there's a lot of value in still having that voice that can help steer you and help you figure out what is worth listening to, so that you don't have to trawl through every single new release.”

While it’s early days at Apple, Charles has already interviewed artists including Headie One and John Legend.

“We've had some incredible guests already, we've had Stefflon Don, Ray Blk, Dutchavelli, of course Headie One has been on,” she said. “We've had Loski on and one of my favorite artists out of Africa called Tiwa Savage. And I've also interviewed Ghetts, who is just a real pioneer in British music.

“One thing I love about my job is sitting down with people that I'm actually a fan of. That's the bit that never gets old, actually being a fan of someone and getting to sit down and have a conversation of them.”

To read the exclusive interview, pick up the latest issue – or subscribers can click here.