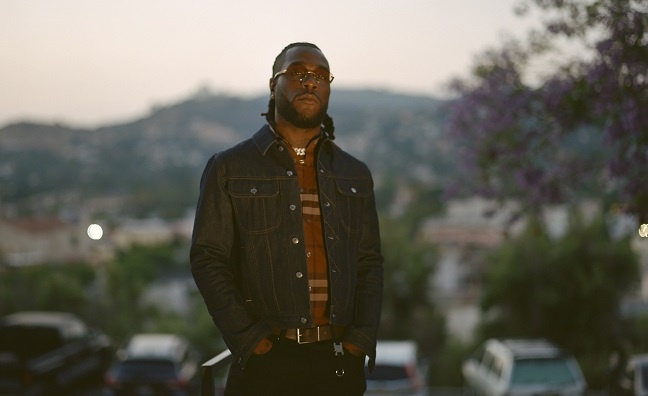 Atlantic co-head of A&R Alec Boateng has said that a new generation of British artists are “embracing their heritage a lot more” as African music continues to surge in popularity in the UK.

Boateng was speaking in the new issue of Music Week, telling the story of his time working with Burna Boy as the Nigerian releases new album African Giant.

The record features a range of guests including Jorja Smith and Future, while Burna Boy has previously worked with Lily Allen, J Hus, Mabel and Dave. Burna Boy featured on Location from Dave’s chart-topping Psychodrama album, the track peaked at No.6 and has 563,773 sales so far, according to the Official Charts Company.

How exciting is this project for you and Atlantic?

“It’s very, very exciting because he’s so talented. He has a great team, especially his mum, Bose, she’s done a brilliant job across all the areas, live, brand… There’s more to come. The album is just the start.”

Burna has so many fans within the UK black music community

Is the media picking up on African music more than before?

“The music has always been amazing. There’s a generation of British artists embracing the heritage in their music a lot more. A lot of people who grew up listening to African music are seeing their peers like Burna Boy, Wizkid and Teni [doing well], and there’s not that much of a difference, musically. The world becoming smaller has helped, the connection between artists happens quicker than it ever has. I’ve got to shout out artists like Sway, from my generation, he’s someone who would have a Ghanaian flag and a British flag on the front of his album. There’s a confidence in African music now that it should have and it didn’t necessarily always have. It’s important to say it’s always been there, this isn’t a discovery, it’s just people paying attention to something that’s always been good. A big part of it is how big it is in club land at the moment, too.”

How important was Burna’s feature on Location?

“That’s the song of the year for me. Burna has so many fans within the UK black music community and a load of those people are artists. He’s worked with Wretch 32 before, Lily Allen… Whatever genre he sits in, he always manages to be himself, to stand out. Dave and [producer] Jae5 were huge fans and it happened very naturally. It’s never really strategic with Burna, you have to bat away features rather than ask for them, he’ll always be in demand.”

Subscribers can read the full Burna Boy story here. Read Music Week’s report on Afrobeats from 2018 here and read our On The Radar interview with Mr Eazi here.